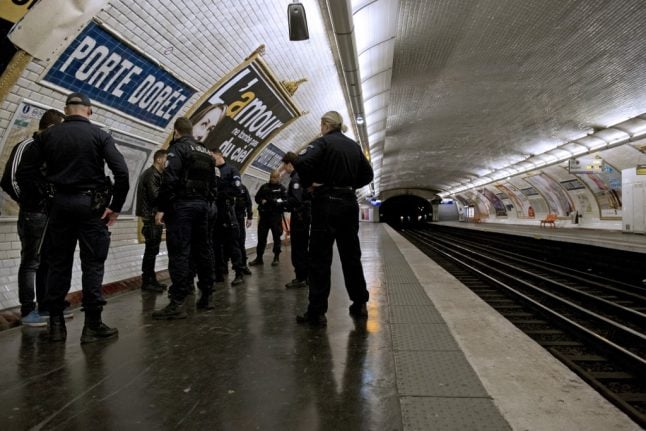 Pickpocketing has risen by 33 percent since the start of the year on the metro. Photo: AFP

Bir-Hakeim is one of the stations in the French capital where you are most likely to be targeted by gangs of very young, mostly East European thieves who prey largely on tourists but are also happy to rob careless Parisians.

The problem has persisted for years, but in the first three months of 2019 there has been a massive rise – of 33 per cent according to police figures – in the recorded number of people who have had their bags or their pockets picked on the metro.

“I see it every single day, sometimes six or seven times,” said Ayaz, who runs a shop inside the station that sells tourist fare such as Eiffel Tower keyrings.

“They have all sorts of techniques. They surround a person and then their hands are going into all his or her pockets and bags,” he said.

“Or they hold out a metro map and beneath it they are stealing what they can. Or they jostle people on the escalator and do it that way,” Ayaz said, adding that the perpetrators are often teenagers. With more than 20 million tourists visiting the Paris region every year, the gangs that haunt the city’s extensive transport system have plenty of targets.

“Beware of pickpockets” say the announcements in various languages over the loudspeakers in the stations that serve the city’s visitor highlights such as the Louvre, Notre Dame, the Eiffel Tower, or the Champs Elysées, where other gangs of pickpockets and other scammers are at work above ground.

Drivers on trains arriving in these stations who spot a pickpocket gang on the platform will often make their own announcements to warn passengers to hold on tight to their belongings.

And even the transport workers who regulate the numbers getting on to packed trains in the busiest stations will also sometimes warn commuters and tourists that thieves are also getting on board alongside legitimate travellers.

Transport police say that 90 percent of their interventions are to deal with what is termed “acquisitive” delinquance, meaning sneakily acquiring other people’s property.

The authorities are hard pushed to explain the sudden 33 per cent rise. One unnamed officer’s suggestion to a French newspaper that it was because police had to deal with “yellow vest’ protestors is hardly credible, given that these protests take pace only one day a week, on Saturdays. Many pickpockets are minors and police are often forced to let them go without charge. Photo: AFP

When The Local visited Bir-Hakeim – which is on Line 6 on a stretch where the Metro emerges above ground to cross the Seine and provide magnificent views over Paris – there were no criminals to be seen.

But locals who use the line every day say they can spot the gangs – who dress as tourists and often carry tourist maps – a mile off and cling on to their phones and wallets as they avoid taking the same carriages as them.

Transport workers at the station said that the thieves were a daily curse, and that they regularly had to console passengers who had just fallen victim to them.

“Often the thieves will stand by the ticket machines and pretend to help people buy their tickets, but they just steal their money,” said one RATP (Paris transport authority) worker who declined to give her name.

As she spoke an Asian tourist and her two small kids stood peering at a ticket machine a metre away, her purse in her hand and her handbag wide open: an almost perfect target for a predator.

The other standard scams include one gang member noisily dropping something as if by accident while the other members steal from distracted passengers, pickpocketing as they jostle people getting on or off a packed train, or grabbing a bag or phone from someone inside the train just as the train door is closing, and then leaping off.

The station workers at Bir-Hakeim, which is named after a World War II battle in Libya that pitched the Free French against the Germans, said that victims of Metro crime should always check at the ticket office to see if any of their belongings have been found.

Often thieves take only money and immediately discard the rest of the contents of a wallet or handbag.

Victims can also fill out an official police form they can get at the ticket counter, which RATP workers will then forward to police.

This is a relatively new scheme to make it easier and faster for victims to file a complaint which they might need for insurance purposes.

But there is little chance their complaint will lead to a conviction. Police say that more than half of the pickpockets they catch are minors and all they can do is quickly release them after bringing them to the station after registering their identity. 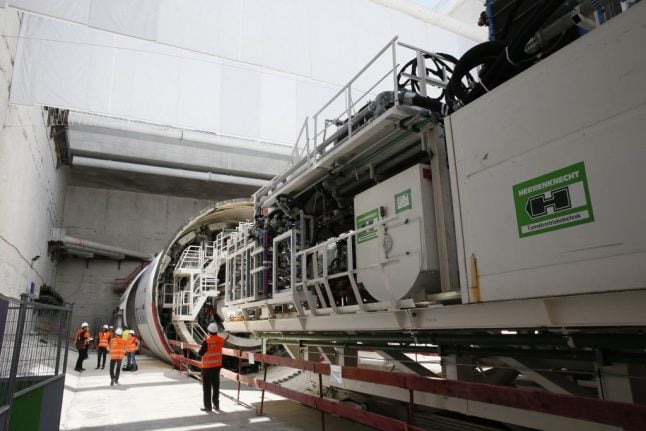 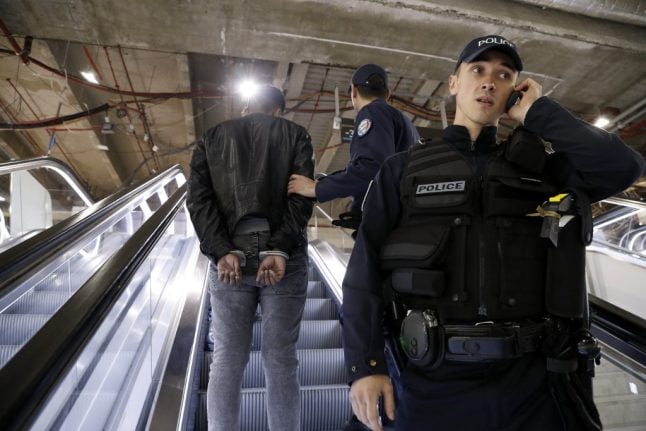