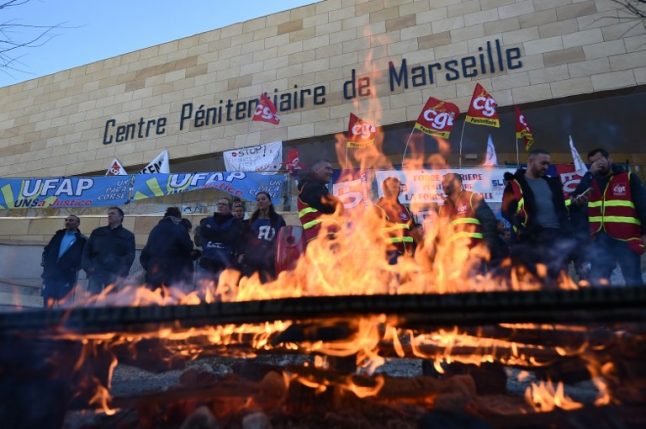 France has frequently been lambasted for overcrowding in its often dilapidated prisons, and now a Council of Europe report says a higher proportion of inmates kill themselves while incarcerated that anywhere else on the continent.

France was also shown to be the clear leader – far ahead of any other country – in the number of people who managed to break out from its penitentiaries, according to the report from the Strasbourg-based Council of Europe, a human rights watchdog.

The European prison administrations with the highest number of escapes during 2017 were France, where 611 managed to successfully flee, while in Germany 394 escaped, 176 in Switzerland, and 136 in Sweden.

One particularly spectacular prison break came last summer when an infamous French gangster fled his prison near Paris aboard a hijacked helicopter in a commando-style operation.

Redoine Faid was eventually recaptured a couple of  months later. A cell in Fresnes Prison near Paris. Photo: AFP

France was also singled out in the Council of Europe report for its continuing problem of overcrowding, and was one of the eight countries where this was said to be a “a serious overall problem.”

It packed on average 116 inmates into the space suitable for 100, putting it in third place in the overcrowding stakes, behind North Macedonia (122.3), and Romania (120.5).