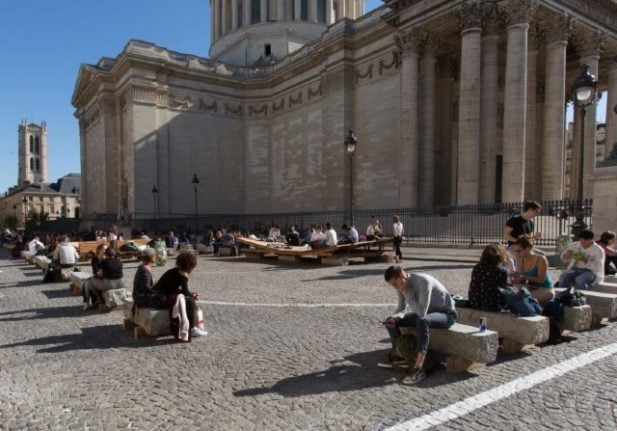 The Place du Panthéon has been used as the model for bike and pedestrian friendly spaces. Photo: Mairie de Paris

Paris is currently getting a revamp of seven of its most well-known locations.

And now the Paris mayor's office has unveiled photos of how the iconic squares will look – and when they will be finished.

The revamp of the seven squares is part of mayor Anne Hidalgo's project to hand Paris back to cyclists and pedestrians – and each area will contain new pedestrian zones and areas for cyclists.

The aim of the  project is to give more space to pedestrians and cyclists on the seven famous squares or places which are currently monopolized by cars.

He added that the goal was to make the squares “places of life, agreeable and re-balanced”, rather than simply “places of movement”.

And the mayor's office says all works will be finished by the end of 2019.

The Place de la Madeleine, were works are set to be finished in August. Images: Mairie de Paris

The Place de la Bastille, where works will finish in November, according to City Hall.

The Place d'Italie, where works on the central garden will finish in December.

The Place de la Nation, where works will finish in July.

The Place Gambetta, where works will be finished in August.

Place des Fetes, where works will finish in October.

And Place du Panthéon, where works finished in October 2018, and which has been used as a model for the other schemes.