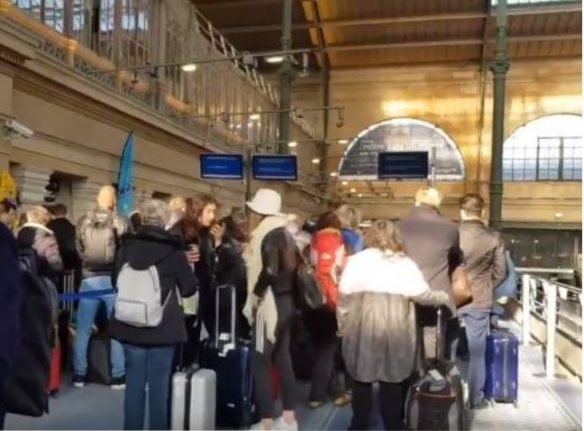 READ ALSO What should I do if I'm planning on travelling on the Eurostar?

Eurostar again warned passengers on Tuesday not to travel from Paris unless absolutely necessary amid more long queues at Gare du Nord.

The work-to-rule protest by French customs staff began on March 4th and was originally scheduled to continue until March 20th. However unions extended the protest, and now say there is no end date in sight.

“We have no information on when it will end and we haven't heard what we need to hear from the government. We want it to end because it's tiring for us too but we can't give up until our demands have been met,' said Vincent Thomazo from the UNSA union. Eurostar said on Friday that the strike had been suspended, but later admitted that was a “misunderstanding”.

On Tuesday the company referred to industrial action until March 27th, but the union insists that there is no end date in sight.

Eurostar's official advice to passengers on Tuesday was not to travel unless absolutely necessary.

The company said: “Due to industrial action, we are experiencing very long queues in Paris Gare du Nord and some delays on trains from this station. We would advise not to travel from Paris unless necessary and it will be possible to change the date of your journey free of charge or claim a refund.”