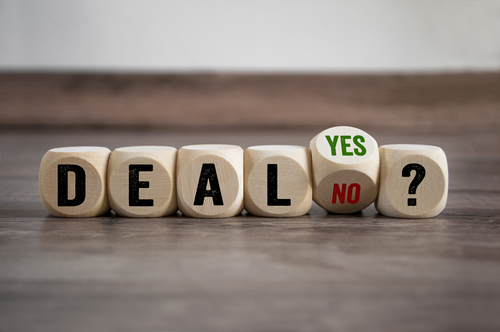 The EU Commission said on Monday that it is “increasingly likely that the United Kingdom will leave the European Union without a deal on April 12th” – the deadline for the UK to leave the EU unless a deal is a passed or Theresa May comes up with a plan B.

But Brussels insists it's ready for all eventualities saying on Monday that it had “completed its “no-deal” preparations.”

“While a “no-deal” scenario is not desirable, the EU is prepared for it,” a statement from the Commission said on Monday.

“The EU has prepared for this scenario and has remained united throughout its preparations. It is now important that everyone is ready for and aware of the practical consequences a “no-deal” scenario brings.”

“In a “no-deal” scenario, the UK will become a third country without any transitionary arrangements. All EU primary and secondary law will cease to apply to the UK from that moment onwards. There will be no transition period, as provided for in the Withdrawal Agreement. This will obviously cause significant disruption for citizens and businesses.”

Nevertheless there would be extra checks.

“UK citizens will no longer be citizens of the European Union. They will be subject to additional checks when crossing borders into the European Union. Again, Member States have made considerable preparations at ports and airports to ensure that these checks are done as efficiently as possible, but they may nevertheless cause delays.”

According to the Guardian newspaper the commission released an information notice on Monday saying: “Your passport will be stamped both when you enter the EU and when you leave it, so that this period of 90 days, which is visa-free, can be calculated.”

The commission also confirmed that British travellers would lose their right to access to healthcare through the EHIC cards and mobile phone users would have to pay roaming charges in future.

To read the full statement from the commission CLICK HERE.