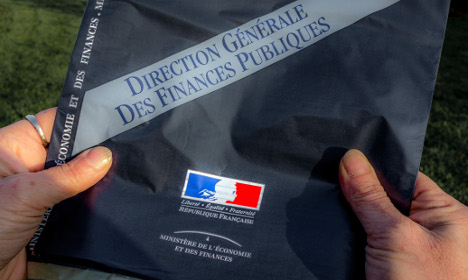 Since the start of January, French income tax has been automatically taken out of salaries, pensions and substitute income (for example maternity leave or job seekers' allowance) instead of being paid a year late as it was before.

This new system (called prélèvement à la source in French), aims to be more adaptable: taxpayers now automatically pay tax each month directly from their salaries as they earn it, and not a year later as they did before.
The shift to a pay-as-you-earn system was actually adopted by the Socialist government of Macron's predecessor Francois Hollande, but was only implemented in January this year, after some dithering by Macron on the issue.
READ ALSO:

What did it mean for salaried workers in France?
It meant two things; Firstly monthly pay slips now contain less, as the tax has already been deducted as well as the social security contributions which had always been subtracted from pay directly.
Many French workers spoke of their shock in January when they opened their first ready-taxed pay packet but the reform passed smoothly and there was no widespread rebellion that some in the government had feared.
But workers still have to fill out the annual tax declaration in May in order to make sure they are paying the right amount of income tax. Some could be in for refunds while other workers might find they owe the tax man some money, once those declarations are made.
But the annual tax declaration – a form dreaded by many, may soon become a thing of the past, or at least that's according to France's Budget Minister Gerald Darmanin.
So the declaration's going?
Quite possibly.
Darmanin says income tax payers will have to complete one more déclaration d’impôt before it disappears from their lives forever (unless they are self-employed).
He told French newspaper La Tribune: “Next year I will without doubt announce the end of the tax return. You will not have to file your tax return.”
So the coming declaration in the spring will still have to be filled in. And we will wait and see whether Darmanin follows through on his word.
Who do I call if there is a problem?
The taxman (and not your employer) is the person to go to for any issues arising out if the new income-tax rules and calculations on your payslip.
The government has set up a national helpline (in French) to answer any questions about the reform. The number is 0 809 401 401. So far, it has received over 1 million calls since the beginning of January.
There's also lots of information on this government website. Otherwise, if you have any questions you can also contact your local tax office directly.