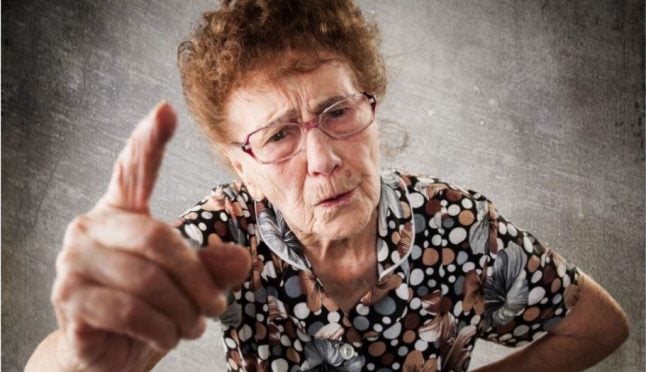 From the wild to the wonderful, the trivial to the downright ridiculous, I have been told off for many things in this country. Some of these “tut-tuts” or “tellings off” could happen anywhere. Some only in France.

Granted, some tellings off are justified – nobody enjoys noisy kids in restaurants.  Others however, are straight out of the unwritten French social protocol to which I am still not entirely privy.

A 'telling off' comes in many forms; it can be anything from a humiliatingly public dressing down to a directly pelted eye-roll, a huff and a puff or a tut or a scoff. All of them make you feel like a scolded child, incredulous and often genuinely confused.

I have been told off for the the following social no-nos: (Shove all you want, but don't try speaking to anyone on the Metro. Photo: AFP)

Interestingly, there are a lot of things that I am surprisingly free to do in France . These things may or may not be frowned up elsewhere. The following may be done without fear of roast nor reprimand.

If one desires, one is free to practice: English language teacher Bree McDonald has been blogging about the lighter side of French life since she moved here three years ago. Read more of her observations here