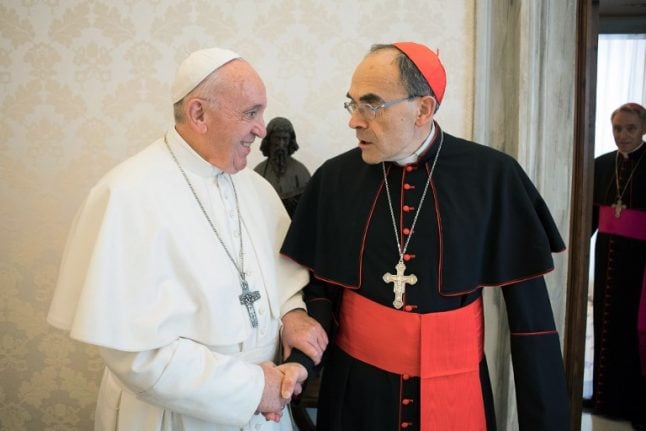 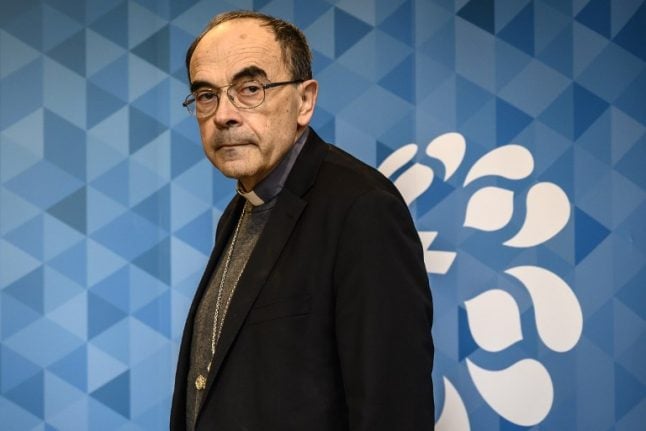 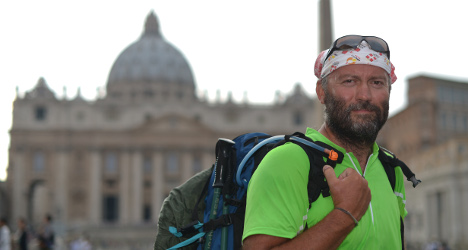 Who is Pascal Vesin?

He’s a former Roman Catholic  priest from the Sainte-Anne d'Arly Montjoie in the Alpine resort of Megéve who was kicked out of the priesthood in May this year for refusing to renounce his links to the Freemasons.

Well, on Wednesday a tired, but determined Vesin arrived in St Peter’s Square, Rome after a 39-day pilgrimage from his home to the Vatican City. His task now is to persuade Pope Francis to grant him an audience and ultimately to reinstate him as a priest.

Following the Vatican’s decision in May, a devastated Vesin said he was “wounded by the injustice” of the situation and immediately wrote to the Pope asking for the punishment to be reversed.

He had requested a meeting with the Vatican’s Congregation for the Doctrine of Faith to discuss the situation, but was rejected. Seeing no other option Vesin made a decision to set out on his own personal pilgrimage by making the 900km journey from Megeve to Rome on foot, to confront the Pope in person.

Vesin, carrying just a rucksack, set out on the 14th July from the town in the Haute Savoie region of France and trekked for almost 40 days across the Alps and into Italy.

When Vesin arrived on Wednesday in St Peter's Square he was easily recognisable by his long thick beard and tanned face. He has given himself until September 6th to try and convince the new Pope to hear his arguments.

“I hope I am received by Pope Francis or one of his secretaries” a weary Vesin said on arrival.

“I feel my initiative is in synch with what this new pope is preaching and seems to be starting.”

How did it all come to this?

As a priest Vesin was known for his particularly liberal views. In an interview with website Le Messager in January he talked about his belief that some Catholic priests should be allowed to marry and how he didn’t believe that the Church should actively demonstrate against same-sex marriage.

He made headlines in France and further afield in May when news emerged that the Vatican had relieved him of his church functions because of his links to the Freemasons.

For centuries Freemasonry has been at odds with Christianity with various popes over the years declaring it anti-Christian and anti-clerical.

His local bishop had already warned Vesin about his "active membership" of the Grand Orient de France lodge but the priest refused to break his ties with the ancient institution, insisting they could be reconciled.

A decision was made in March by the Vatican’s Congregation for the Doctrine of Faith (Church watchdog) who asked for the priest’s departure.

Vesin was granted a meeting with three members of the diocese of Annecy but again refused to renounce his Freemason membership.

However the Vatican, was having none of it and so took the drastic step of relieving Vesin of his duties.

Vesin’s local diocese said “no door is closed” and that the punishment “could be lifted” but only if Vesin severs his ties with the Freemasons.

A statement from the diocese quoted in Le Figaro newspaper made their stance clear by including the words "mercy goes hand in hand with truth".

What has been the reaction to his pilgrimage?

A Facebook page, which has gained over 1000 likes, has been set up for Vesin’s many supporters. Commenting on a photo of his arrival in St Peter's Square, one sympathiser of his quest said: “Bravo Pascal. Let’s hope that God’s will can inspire our Pope Francis to meet with you and hear what you have to say… In any case you have all of our admiration and unconditional support.”

Another impressed follower, Annick Piat wrote, “A magnificent account of someone surpassing themselves… Thank you from all of us, we hope that the Catholic community will understand.”

What does Vesin have to say about his quest?

Before embarking on his trek, Vesin wrote in a blog entry to his former parishers: “This adventure is a step towards openness, dialogue and debate.”