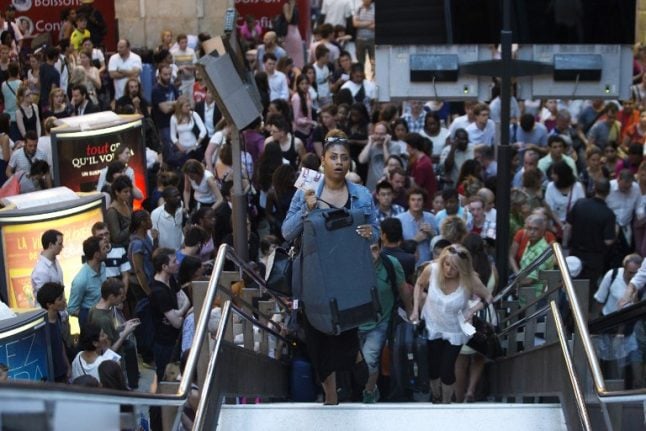 Owing to volume of queries received, we are sorry not to reply to each and every one of these individually.

We continue to advise all Paris passengers not to travel unless absolutely necessary. Severe delays are expected.

During the industrial action, Eurostar passengers have faced delays of up to four hours, with some spending even longer waiting in line.
People are also facing severe delays at the port of Calais and the entrance to the Channel tunnel which links France and Britain.
By early evening on Wednesday the line of trucks waiting to get to England through the tunnel had stretched to four kilometres (2.5 miles), the local prefecture said.
This has meant people have been stuck in their cars as a line of heavy goods vehicles builds up along the A16 motorway, with countryside roads also affected in the area.
On Friday morning, there were traffic jams all the way to the town of Coulogne in the Pas-de-Calais department.
“The unions left the meeting. We invite other customs officials to give an opinion on this (proposal),” the unions said in a statement.
The customs agents are demanding an increase in overnight pay, a danger allowance, and more staff and resources to help with greater controls that will be put in place once Britain breaks away from the European Union, currently scheduled in just over two weeks.
French unions representing the around 17,000 workers on Wednesday rejected a 14 million-euro ($15.8 million) budget boost offered by the government as it was “not sufficient compared to the agent's demands”, Jean-Marc Jame of the CFDT union told AFP.
“When divided by the number of agents, there is not much left,” he said.