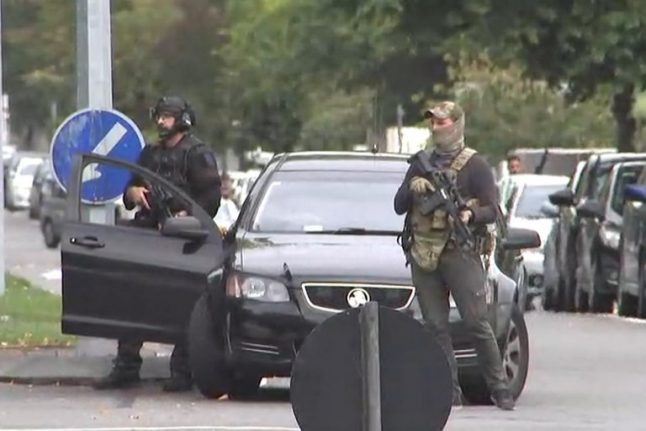 In a 73-page manifesto, the 28-year-old Australian known as Brendon T, who is believed to be one of the gunman involved in Friday's mosque attacks in New Zealand, tried to justify his actions and claims that the result of the 2017 French presidential election was crucial in shaping his ideology, according to an article in France's Le Point magazine.

Even the name of the manifesto, that was reportedly circulated on Twitter, “The Great Replacement” seems to be a reference to a thesis by French writer Renaud Camus which described the disappearance of “Europeans” as they were “replaced” by non-European immigrant populations, such as sub-Saharan and North Africans.

In the manifesto, he claims he was born in Australia to a low-income family and says that the key moments of his radicalization were the defeat of the right-wing leader Marine Le Pen to centrist Emmanuel Macron in the French presidential election in 2017 and a truck attack that killed five people in Stockholm in April 2017, including an 11-year-old girl. In describing the French presidential elections of 2017, he said on one side there was “an ex-banker” who was a “globalist” and “anti-white people”, and on the other side there was a “wet blanket, nearly-nationalist, quite a controversial figure whose bravest and most inspired idea — the deportation of illegal migrants — was not possible”.

He also claims not to be a supporter of the National Front, which he describes as a “party of civilised nationalist militiamen completely unable to create real change and a viable plan to save their nation.”

However he goes on to say that after Macron was elected his hope for “a democratic solution had vanished” and that he was “unable to accept the reality of the political situation in Europe.”
The article in Le Point says that a trip to France in 2017 also played a role in his radicalisation, saying that his manifesto claims that seeing France's cities “plagued by invaders” changed his perspective.
And was in a military cemetery when he thought: “Why isn't anyone doing anything? […] That's where I decided to do something. That's where I decided to take action, to use force. To commit violence.”
The manifesto is also peppered with references to US President Donald Trump, a “white advocate” as well as Norwegian far-right terrorist Anders Breivik. While claiming to represent “millions of Europeans”, he denies being linked to a specific group or organization.
The manifesto also suggests that he was planning on targeting another mosque in Ashburton in New Zealand, located about an hour away from Christchurch.
“I do not yet know when I write these lines if I will make this target. It would be a bonus,” said the 28-year-old in his manifesto in which he claims he would “plead not guilty” in court.
“This attack was a partisan action against an occupying force and I am a legal combatant, in uniform,” he claims, adding that he believes he may even get the Nobel Peace Prize and compares himself to Nelson Mandela.