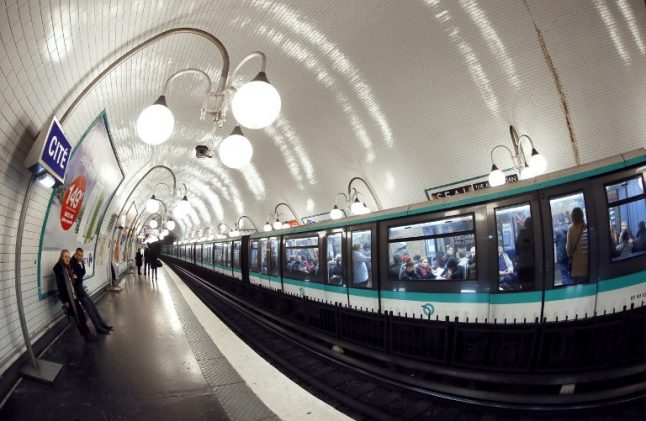 Commuters, tourists and transport workers are breathing in dirty air in the Metro. Photo: AFP

The Metro station that came out worst in the study was La Défense in the business district, where the air on the platforms of the busy transport hub was found to be 30 times higher in fine-particle matter than the air outside.

Le Parisien newspaper commissioned the study that was carried out on March 7th – a day on which the air in the city was deemed relatively free from pollution – and has now published its disturbing results.

It noted that pollution in many Metro stations were much lower than the shocking heights reached at La Défense, in particular most of those along Line 1, where the rolling stock is relatively new.

But many had frighteningly high levels, said the study, which noted that the Paris transport authority RATP itself admitted to levels of 200 µg/m3 at Chatelet, Europe’s biggest underground metro/commuter train station.

Fine-particles such as “PM2.5 particles”, which are particulate matter measuring 2.5 microgrammes or less, are known to produce respiratory and cardiovascular illness.

The warning threshold is of 50 μg/m3, while the annual average  is 15 µg/m3 in Paris, where authorities regularly ban the most polluting vehicles from the city’s streets due to spikes in air pollution. There are various reasons for the dirty air in the metro system. Fine particles are produced by trains' brakes, while ageing rolling stock also leaves pollution on the platforms, and many street level air vents are sucking in air from vehicles’ exhaust pipes.

Commuters and tourists using the trains for an hour or two a day are exposed to the health risks, but the situation is far more dramatic for many RATP workers who can spend at least six and a half hours a day below ground.