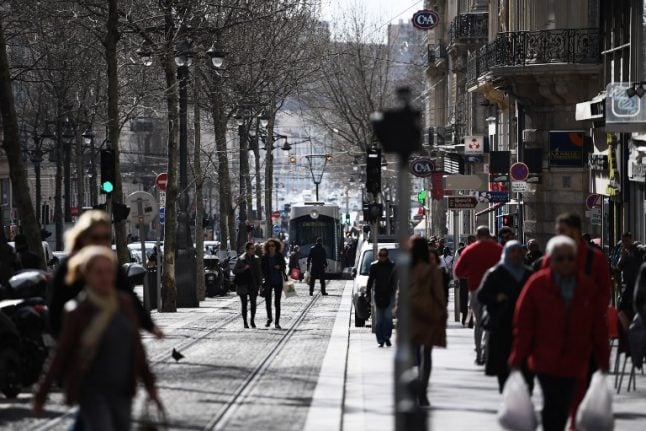 The lower part of the famed Canebière high street – which sweeps down from near the main train station to the sea at the Vieux-Port – will be off limits to cars along with a total of 72 hectares of streets and open spaces.

The three-year project was officially launched late last week and will cost a total of €60 million. Its first phase, which includes the pedestrianisation of the Canebière, is due to be completed this summer. The aim of the project is to increase visitor numbers in the city centre, boost sales in local shops, and generally improve the experience of wandering about the downtown area.

“The image of the city centre has deteriorated over time,” said Martine Vassal, president of the greater Marseille area.

“There has been disenchantment with the city centre and it is very worrying that France’s second city does not have the attraction that it deserves. Our goal is that to boost frequentation of the shops and to ensure that locals can live there in security,” she told the Made in Marseille website.

Marseille has long suffered from a reputation for dirtiness, gang crime, and urban deprivation but has to some extent managed to shake off that image, and in recent years has opened a strong of new museums and arts centres and redeveloped its waterfront.

READ ALSO: Marseille – a must-visit or murder capital of France