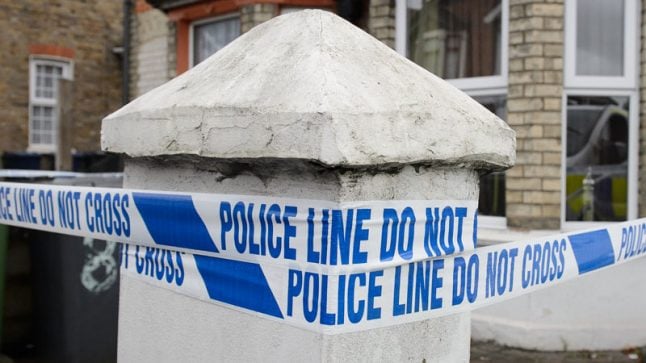 File photo: Leon Neal/AFP
The corpse of Laureline Garcia-Bertaux, 34, who reportedly worked as a film producer, was discovered in her back garden in southwest London on Wednesday.
She was reported missing after she failed to turn up for work on Monday, police said. She worked for the public relations firm Golin.
Police said that while a formal identification was yet to take place, Garcia-Bertaux's family had been informed.
Originally from Aix-en-Provence in the south of France, she graduated from the Central Saint Martins art school in London.
Her friend Daniel Hughes told Britain's domestic Press Association news agency that she had been due to meet a man for coffee on Sunday evening and was meant to move out of the house on Monday.
Hughes, who worked with Garcia-Bertaux at the Discovery Channel, said she lived alone with two dogs.
“She's tall, got a lot of presence. Always very friendly, very talkative, would never have hurt anyone,” he said. “Got a lot of confidence and passion, a lovely lady. She had a lot of friends as well.”
Actress Joan Collins, 85, who worked with her on the short film “Gerry” last year, told the Daily Mirror newspaper: “I'm shocked by the horrifying news. Laureline was passionate about film. I enjoyed our collaboration and thought she had a great future.”
Police said: “A forensic crime scene is in place. There have been no arrests.”