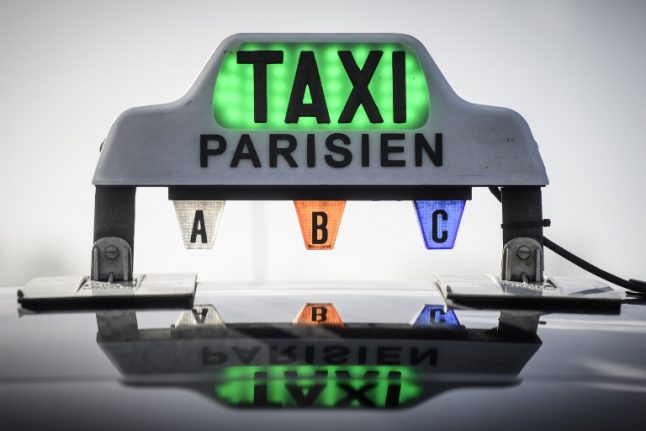 Photo: AFP
A French police source confirmed to AFP that a man had been wounded on Wednesday after an argument with a cab driver but that his condition was not believed to be life-threatening.
Sky Sports said the fan, who is 44, was travelling to the centre of the French capital with three friends when the driver objected to their boisterous celebration of United's 3-1 win.
“The driver pulled over to get them out of his taxi, before pulling out a knife and threatening the female passenger in the group,” claimed Sky.
“The victim tried to intervene to protect her, but the driver then turned the knife on him, stabbing him in the chest with what's been described as 'a large blade'.”
The supporter was taken to the European Georges-Pompidou hospital in Paris where he underwent surgery to remove blood from his lung.
According to the report, a suspect has been arrested by police, but the weapon used has not been found.
A spokesman for Britain's foreign ministry said: “We are in touch with the French authorities following an incident involving a British man in Paris on March 6 and stand ready to offer assistance if required.”
READ ALSO: