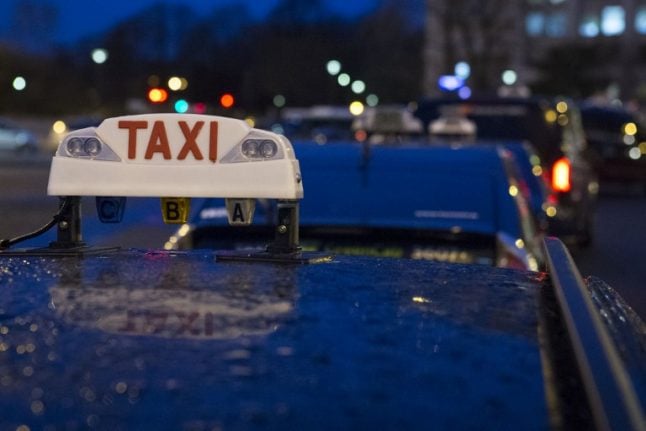 Photo: AFP
The man, held on suspicion of “attempted murder”, was detained on Wednesday night, the source said on condition of anonymity.
According to the Sky Sports television channel, the 44-year-old fan was travelling in a taxi with friends to the centre of the French capital after the game when the driver objected to their boisterous celebrations.
“The driver pulled over to get them out of his taxi, before pulling out a knife and threatening the female passenger in the group,” claimed Sky.
“The victim tried to intervene to protect her, but the driver then turned the knife on him, stabbing him in the chest with what's been described as 'a large blade'.”
READ ALSO: Manchester United have sent their support to the fan.

“We were shocked to hear about the incident with one of our fans who was stabbed while in Paris for the Champions League game,” United said in a statement.
“Everyone at the club wishes him well during his recovery.”
A French police source confirmed a stabbing incident to AFP after the game but said the victim was not believed to have suffered life-threatening injuries.
A spokesman for Britain's foreign office said: “We are in touch with the French authorities following an incident involving a British man in Paris on March 6 and stand ready to offer assistance if required.”
Manchester United inflicted a humiliating 3-1 defeat on Paris Saint-Germain at the Parc des Princes stadium in the last-16 tie.