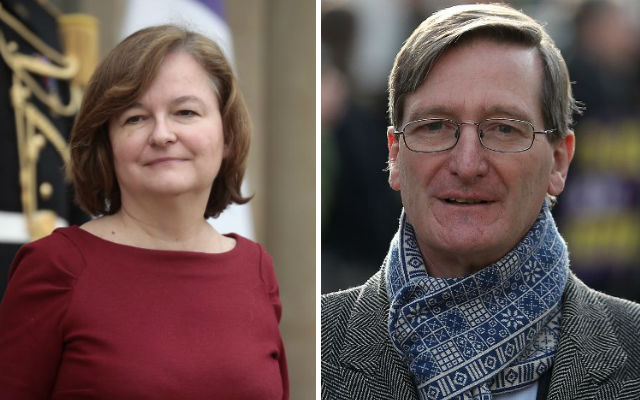 France's Europe Minister Nathalie Loiseau and other French politicians will meet with Tory Remainers, including Dominic Grieve in his office in London, according to a report in the Daily Telegraph.

According to some reports, France is pushing for a 21-month Brexit delay in order to have more time to finish the terms of the Withdrawal Agreement.
However Grieve, a former Attorney General, and other pro-Europe Tory MPs are seeking a longer extension to bring about a second referendum.

Nathalie Loiseau will attend meeting in Grieve's parliamentary office with her advisers & officialshttps://t.co/318IPECyhE

The move comes after news broke that Tory MPs in favour of remaining in the EU recently had a meeting with leader of the Labour party Jeremy Corbyn to discuss a softer Brexit.
Grieve has been outspoken against Brexiteers since the UK voted to leave the EU back in 2016.
“I have very little doubt that when this matter comes back we will extend article 50, and I hope very much that the Government will finally adopt a policy of indicating that no deal is completely unacceptable,” he recently said in Parliament.
France's Europe Minister Nathalie Loiseau on Thursday said the European Union was “waiting for a proposal” from Britain to break the Brexit logjam, but warned the current agreement was not up for renegotiation.
Loiseau urged British politicians to “live up to the moment” as they prepared for next week's monumental votes on whether to accept the deal struck between the EU and Prime Minister Theresa May's government.
“My feeling is that this is a historic moment,” Loiseau told the Guardian.
MPs already rejected the deal in January, demanding that May go back to renegotiate the so-called “backstop” solution, designed to keep the Irish border open.
Its opponents fear the legal guarantee would leave Britain indefinitely stuck in a customs union with the EU. Photo: AFP
Talks on Wednesday to break the deadlock ended with “no solution”, according to EU chief negotiator Michel Barnier, raising the chances that the deal will once again be rejected.
“So far, we are still waiting for a proposal from London,” Loiseau said of negotiations.
“It's really a British initiative which has to come,” she told the Guardian. “And it has to be supported domestically in the UK.”
But she later insisted on BBC Radio 4 the EU “cannot reopen” the withdrawal agreement “because it is balanced.”
“We sincerely hope we find a solution together, the solution is on the table. The withdrawal agreement is the best possible solution.”
European Commission secretary general Martin Selmayr said progress was still possible, despite the failure of Wednesday's talks.
“These things often happen at the very last minute,” he told a Brookings Institution event in Washington.
“We have to wait for the next couple of days and weeks. We have to be very patient.”
French minister Loiseau said the EU did not want to activate the backstop either, but rejected Britain's calls for an escape mechanism to be built into it, saying “what is not possible is that one of the parties decide unilaterally to leave”.
If May loses Tuesday's vote, MPs will then vote on whether to proceed without a deal.
Loiseau said France had been “preparing for all scenarios” and that no deal “will not be a disaster for France or the European Union”, although was concerned it could trigger cross-Channel animosity.
“I'm worried that… there would be bitterness between nations and there would be British-bashing in France and French-bashing or European-bashing in London,” she told the Guardian.
If MPs reject a no-deal outcome on Wednesday, they would then vote on Thursday on whether to ask the EU for an extension to the March 29 departure deadline.
“Why would be there be an extension without a reason?” Loiseau told the Guardian.
“We have been in discussions for quite a long time now. There needs to be something specific to justify an extension,” she added, pointing out that was the position of French leader Emmanuel Macron and German counterpart Angela Merkel.