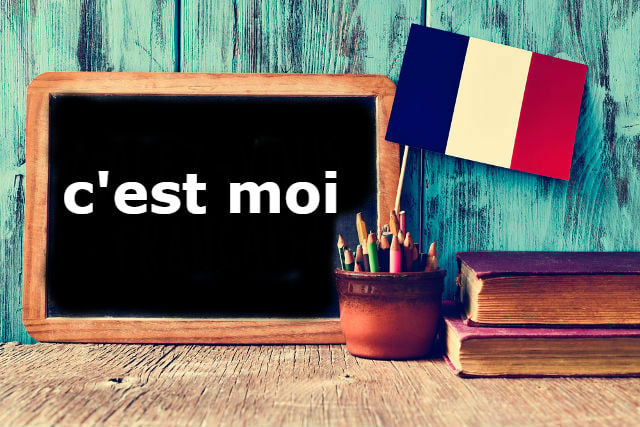 Why do I need to know c'est moi?

As one of the many ways to respond to “thank you”, it's hard to avoid this expression and while you might catch on to its general meaning, you might not really know why people say it.

As no doubt many of you will know, c'est moi literally means 'It's me' but this translation doesn't really get to the heart of why people use it to respond to an expression of gratitude.

In fact it is actually short for c'est moi qui vous remercie literally 'it's me who thanks you'.

Obviously this is not something we would normally say in English so a better way to translate it would be: 'No, thank you' (stressing the 'you') or 'You're very welcome'.

It's easy to use and once you start incorporating it into your everyday speech, it will add a native touch to your language.

Of course, c'est moi can also be used in the literal sense. For example, if Daniel answers the phone and the person calling asks to speak to him, he might say: Oui, c'est moi!