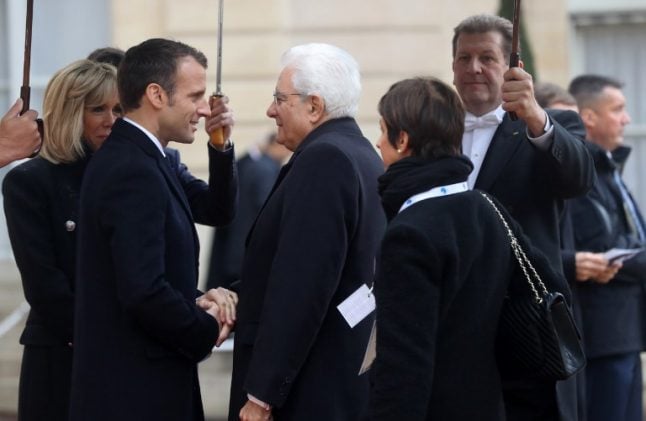 Relations between the two countries have fractured due to repeated clashes between centrist Macron and Italy's populist coalition government.

In February, Paris recalled ambassador Christian Masset for a week in protest at “unfounded attacks and outlandish claims” by the Italian government.

“There has been intemperate talk. There have been various twists and turns and I think we owe it to our people, to our history and to Europe, to get past that,” Macron said Sunday on Italian television.

In the spirit of reconciliation, Macron said he would host his Italian counterpart Sergio Mattarella at Amboise, central France, on May 2nd to celebrate the 500th anniversary of the death of Leonardo da Vinci “with French and Italian youth”.

“We will talk about the future and Europe,” he added.

The two presidents intend to go “beyond the misunderstandings that can sometimes arise in political or economic life and which are, for me, secondary,” Macron said, without mentioning Prime Minister Giuseppe Conte or other Italian leaders.

With the exception of a question about the planned Lyon-Turin rail link — which he stressed the importance of –- Macron did not mention other divisive subjects such as Italian populist leaders' support of the “yellow vest” protestors in France or the merger between French shipbuilder Chantiers de l'Atlantique (formerly STX France) and Italy's Fincantieri.

On the other hand, he spoke at length about his love of Italy and his travels.

“There are so many French people who love Italy and Italians who love France and the French. But suddenly, we almost forgot that we have to keep on learning to understand each other,” Macron said.

“I do not underestimate any of the difficulties of everyday life and the impatience, but I believe that between our countries there is and always has been a lot of heart, that is to say, friendship, love,” he said in a final message to camera.

In Italy, the interview provoked controversy even before its release as Macron chose to be interviewed by Fabio Fazio, a nemesis of Italy's deputy Prime Minister Matteo Salvini and nationalists who consider him an archetypal “trendy” journalist.

During his interview, the French president also quoted writer Roberto Saviano, one of Salvini's most virulent critics, and lambasted “the simplification of the message of some nationalists”.

“No country, no one in Europe, nor Italy, nor France, will solve its own problems by opposing other European countries and by withdrawing back to the national level,” he insisted.

He also felt Europe was like living “on a volcano”.

“There are people who think we can continue like sleepwalkers, as if nothing has happened, they will be buried. Me, I'm aware of the tragedy”, he said.

“We need some real, complex philosophical thought and to re-inspire our peoples.”