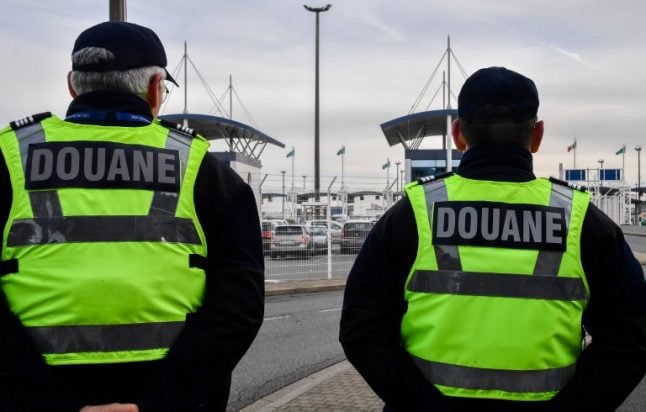 Trucks were backed up several kilometres (miles) on roads leading to the ports of Calais and Dunkirk, an AFP reporter at the scene said, leading migrants seeking to get to Britain to try to board slow-moving vehicles.

“Customs officers are strictly applying the rules and reinforcing controls,” David-Olivier Caron, an official from the CFDT union, said.

Some 300 customs officers are employed in Calais, and about 60 in Dunkirk, he said, adding that the work-to-rule operation was open-ended.

Trade unions want an increase in overnight pay, a danger allowance, and more staff to help with the extra work once Britain leaves the European Union, in theory at the end of the month.

“Management is asking us to keep traffic flowing regardless of our duties so as not to interfere with inter-state commerce,” he added. The terms of Britain's departure from the EU are still being worked out ahead of a Brexit deadline of March 29, although an extension to that date is
now seen as likely.

But Vincent Thomazo, a customs official from the Unsa union, said: “They are asking us for a very, very big effort and it's going to be a big effort to reintroduce a border with very little extra help.”

Calais has long been magnet for migrants seeking to cross over to Britain.

Most try to stow away in trucks heading for Britain on ferries or trains, but more recently some have sought to cross the Channel aboard small boats, stolen from local fishermen or bought by people-smuggling gangs.

Over the weekend, about 100 migrants broke into the port of Calais and dozens scrambled aboard a ferry in an attempt to hide there until the ship got to Dover in England.

Authorities said they had detained 63 of them after a 12-hour search of the Danish-operated DFDS 'Calais Seaways' ferry.