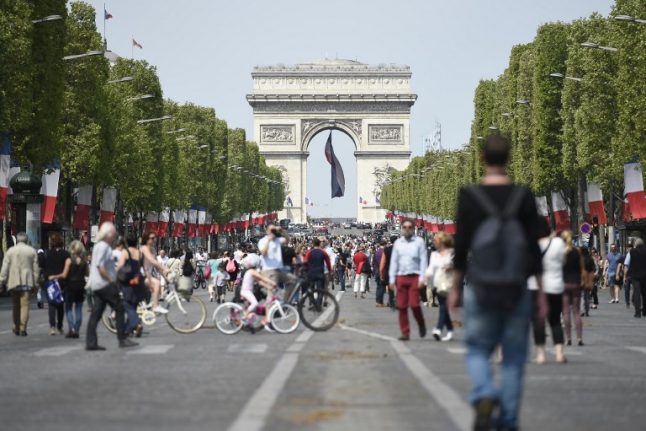 The fountains by brothers Erwan and Ronan Bouroullec will, to be inaugurated on March 21, will grace a busy roundabout known as the Rond-Point des Champs-Elysees which lies about halfway up the boulevard.

Paid for with private funds, the translucent fountains will replace older water features and operate from April to October. Early pictures of the project, which includes a renovation of the underground hydraulic system and will cost a total of 6.3 million euros ($ 7.1 million), were published exclusively in the Paris Match magazine.

“These six units will go round and round in a choreography,” Ronan Bouroullec told AFP, mimicking the movement of the cars moving around the major junction on the Champs-Elysees.

Modern art installations in Paris have proved controversial in the past, notably a work by Jeff Koons which was created by the US artist as a tribute to victims of the 2015 terror attacks in the City of Light.

The high-profile project — a giant hand holding multicoloured flowers — was denounced over its aesthetics and 3.5 million euro ($4 million) price tag.

After lengthy deliberations, city authorities decided in October that the work will be installed in a garden of the Petit Palais exhibition space near to the Champs-Elysees.