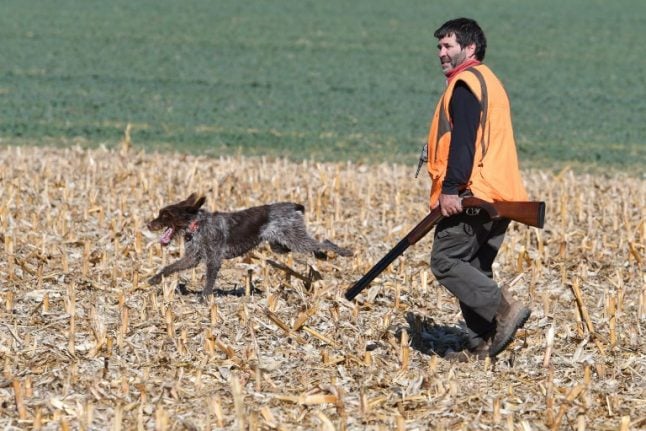 According to this new law published in the Journal officiel on Friday, an animal pursued by a hunting crew running to an inhabited or commercial area will now be “pardoned”.

The text explains that “the head of the hunting team or his deputy must immediately and by any means necessary ensure that the animal is not approached”.

It must also ensure the safety of people and property, but also facilitate the movement of the animal away from the inhabited area. If this is not possible, the authorities should be contacted. After assessing the situation, a veterinarian must then “at the crew's expense” anaesthetise the animal to move it or “proceed to kill it”.

In the autumn of 2017, an episode in the northern French department of Oise caused a great stir, when hunters shot down a deer after it had taken refuge in a private garden.

Following this incident and the new offensive by NGOs and MPs against hunting, the National Hunters' Federation had committed itself to changing practices. This new law is the first step to ensure the public is better protected.

More than a million hunting licences are issued every year in France. The number of incidents is therefore relatively low. In total, there were 1,265 hunting accidents in France between 2009-2018, according to the National Hunting and Wildlife Office (ONCFS), which publishes a detailed report each year on its website. Their number has remained stable overall over the decade, with around 120 to 150 per year most of the time.

There have been over 350 deaths due to hunting accidents since 2001. This an average of about 20 deaths per year, though this figure has started to decrease. Most of the victims are hunters, though there have been many tragic cases of innocent bystanders finding themselves in the line of fire.