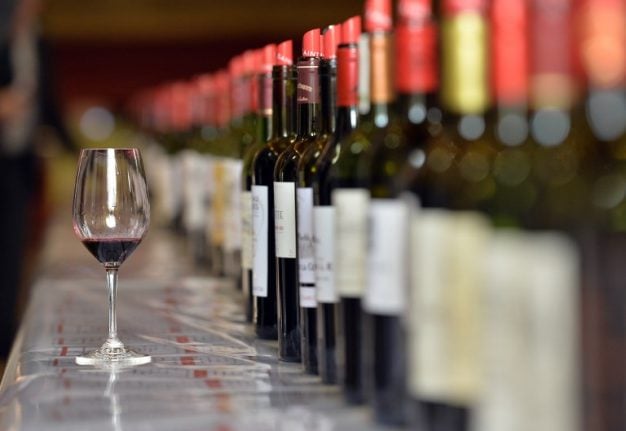 According to European Union law, all consumable products must include a list of ingredients except for two notable exceptions – wine and alcohol.

Given that all the ingredients necessary to making wine are present in the grapes themselves – there’s sugar in the juice and yeast on the skin – it can be easy to assume that it’s a pretty natural product.

But a recent investigation by France Info reveals the presence of a number of additional substances in a sampling of different Bordeaux, some of which can be harmful.

The most disturbing finding of France Info’s investigation were the traces of pesticides and fungicides, some of which are chemicals known for being carcinogenic, mutagenic, or toxic for reproduction — so-called CMR substances, found in wine.

The levels of these substances might be well below the thresholds which would cause the EU to ban the product, but their presence is less than comforting given that some have been completely banned since 2016, the vintage of the bottles tested.

Unsurprisingly, these substances were most present in the cheapest bottles of wine tested by brands Bas-Rocher, Yvecourt, and Marquis de Bordeaux.

Those interested in avoiding them will be glad to hear that three of the ten bottles tested showed virtually no trace of pesticides: two “natural” wines (made with minimal chemical and technological intervention), Chateau le Monastere (2016) and Clos 19 bis (2016), as well as one organic wine Satellite (2016).

It's also important to remember that certain additives in wine are common and not very dangerous, and the EU actually authorizes about fifty different kinds. For example, sulfites, or sulfur dioxide, have been used to preserve flavor and prevent oxidization since the times of the ancient Romans.

The EU limits the amount of sulfites to 250 milligrams per litre, and if there are more than 10 mg/L in the wine this must be indicated somewhere on the label.

Almost all winemakers use them, as it is extremely difficult to ensure that a wine won’t go bad quickly without them, even though high concentrations can cause headaches or allergic reactions in some individuals.

Another category of additive includes the various clarifying agents that are frequently used to remove sediment from wine.

Among these are egg white, isinglass — a form of collagen from fish — and a protein from milk called casein, which are generally not harmful.

It is, however, difficult to know whether they have been used or not, which may be problematic for vegans who want to exclude all animal products from their diets.

While the presence of the unlisted substances may be unsettling, wine-drinkers can put things in perspective by remembering that the most definitely harmful element in wine is the carcinogen we always knew was there: alcohol.

Know an interesting fact about France or the French that you’d like to see published? Write to us as [email protected].