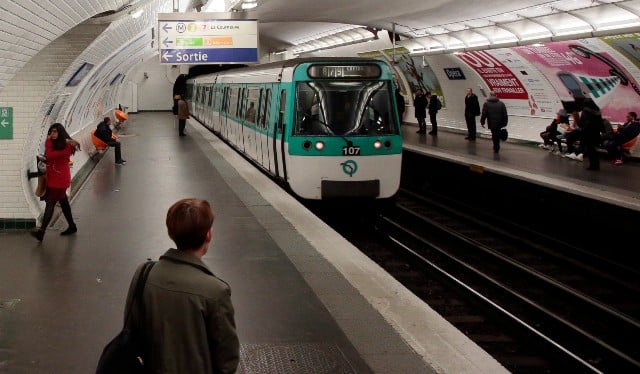 The shocking incident occurred as the Line 12 train was pulling into Saint-Lazare station on Wednesday afternoon.

As the woman lay on the tracks members of the public waiting on the platform managed to signal to the driver, who was able to slam the brakes on and bring the train to a stop just in time.

Thanks to their quick actions, the victim was left unhurt by the incident.

The homeless woman who had pushed her was detained by several witnesses before being questioned by police officers. She was then taken into police custody on suspicion of attempted murder. It is not clear what provoked her to push the woman onto the tracks.

A similar incident took place in 2014, when a homeless man pushed a woman onto the Metro tracks on line 6. The woman in this case was also left shaken but unhurt.

But, in a case that shocked France, a man was jailed for fatally pushing a woman down the stairs of a Metro station in 2013.