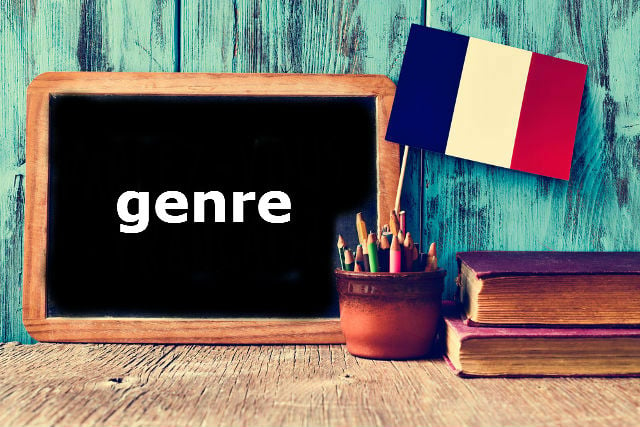 Why do I need to know genre?

Genre is used all the time in conversation in France and it's one of those words that great to say when you want to sound French even when you're not sure how to express yourself.

Genre, besides 'gender', can be roughly translated as ‘type’, which may explain why we use it in English to categorize films and novels.

It has many uses in French, but the one we’re discussing here is a particular one: genre is often used as a filler word to imply a certain degree of vagueness or nonchalance, similar to the way English speakers will (over) use the word ‘like’.

So genre can precede an estimation, and mean ‘about’ or ‘more or less’.

Or On a bu genre 5 bouteilles de vin avant de sortir. (We drank like 5 bottles of wine before going out.)

It can also be used to vaguely describe a certain ‘type’, often when giving examples, as in the following example: J’aime bien les chanteuses françaises genre Zaz ou Carla Bruni. (I like French singers, like, Zaz or Carla Bruni.)

Or, Je la trouve prétentieuse, genre trop belle pour traîner avec des gens comme nous. (I find her pretentious, like, too beautiful to hang out with people like us.)

Since genre is a filler word, you may also hear it pop up in conversation without any real meaning or explanation, just as you’ll hear ‘like’ overused in English.

And as you can probably tell, using genre in this way probably won’t make you sound more educated or professional (though it may make you sound more natural or laid-back), so it’s probably best to save it for informal social situations or conversations with teenagers you’re not responsible for.

With most French speakers, you will probably notice that the -re at the end of genre pretty much disappears, leaving you with a nasally ‘jah(n)’.

For an example, check out this video from French-language instruction Youtubers Damon and Jo (the genre explanation runs from 1:55-2:29):