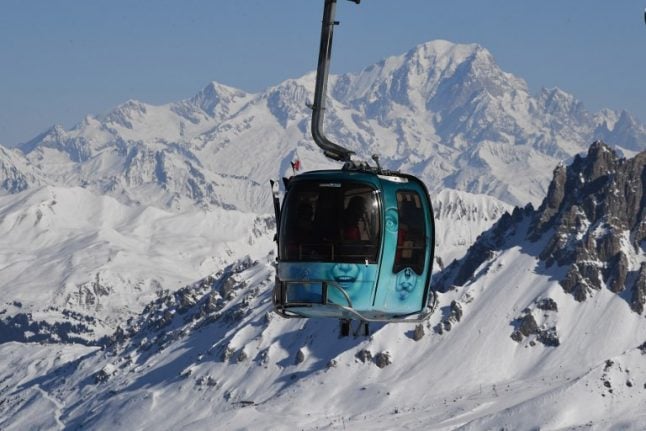 Photo: A gondola lift at the ski resort of Les Menuires. Photo: AFP

The incident happened in the resort of Les Menuires in the hugely popular Three Valleys skiing area of the French Alps.

Some 120 people were left stranded in mid-air when the cable car broke down just before 3pm.

Local officials said a technical problem had caused the breakdown.

In order to ensure everyone was rescued before nightfall, police decided to evacuate the stranded skiers “vertically” by helicopter.

While the experience was no-doubt frightening for many involved, the local mayor reported that no one was injured in the operation.