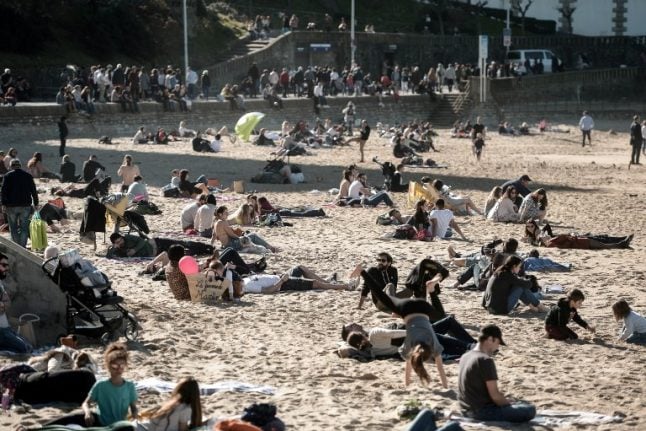 People on the beach in Biarritz in February. Photo: AFP

It's still February but the whole of France is enjoying a spell of weather that feels like the middle of spring.

The unseasonal high temperatures will continue on Monday with the mercury in the south west of the country forecast to reach as high as 22C.

Even Paris and the north of the country will see temperatures as high as 17C/18C.

On Sunday the thermometre peaked at 23.5C in Montpellier in the south and even reached 20C in Brest on the west coast of Brittany. All over France the high temperatures have broken records for this time of year.

This was the forecast for temperatures across France on Monday afternoon according to BFM TV. And this was the forecast according to national weather agency Méteo France. The warm spring-like weather is forecast to continue in France until at least the middle of the week throughout the whole of the country.

From Thursday things are likely to change as temperatures drop and rain arrives.

The warm weather has seen people sunbathing on beaches across the country at least a month or tow earlier than usual. These were the scenes in Biarritz last weekend.