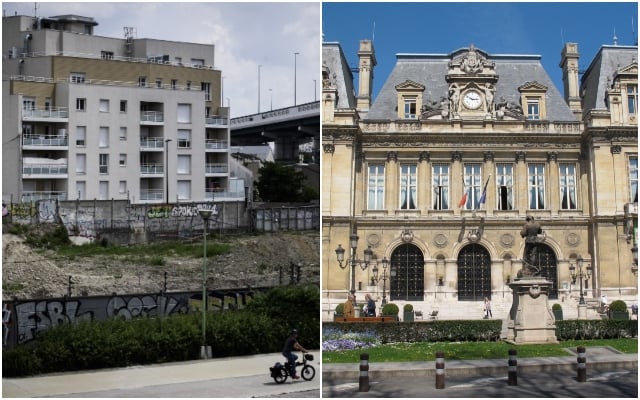 With its 13 regions, departments, and 36,000 town and villages, metropolitan France is often referred to as a territorial mille-feuille, a veritable land of contrasts.

This also extends to the living standards of its 67 million inhabitants.

Proof of this growing gap between rich and poor in France is best showcased by official living standards data provided by the country’s statistics body INSEE, which classifies every town, department and region according to its inhabitants’ average household income (wages, pensions, benefits, property income).

For extra context, in France and in Europe the poverty line is determined by the living standards of the entire population.

A person whose income is below a certain threshold of the median standard of living is considered poor.

INSEE, like Eurostat, set the poverty line threshold in France at 60 percent of the median income, which in 2014 was equal to €1,020 per month.

What are France’s poorest regions?

According to the figures, the poorest region in France is Corsica, also known as the country's 'Island of Beauty', with 19.8 percent of people living there living on less than the median income.

Hauts-de-France, the northerly region sitting on the border with Belgium and the English Channel, has the second highest poverty rate in France. Painting a whole region with the same brush could be deemed as unfair, but in the case of Hauts-de-France 18.6 percent of its inhabitants, some one million people, living on less than the median income.

Following closely behind in third place is Occitanie, in the far south on the border with Spain, with a poverty rate exceeding 17.4 percent.

And while Paris’s Ile-de-France region has a relatively smaller proportion of the country's poorest people at 15.6 percent, its poverty intensity – the indicator for how much further down the poverty line the poorest are – is higher than in any of the other regions mentioned above.

How about France’s poorest departments?

About an hour’s drive away from the Paris department is Seine-Saint-Denis, the poorest department in the country, according to French daily Le Figaro.

According to INSEE, 28.6 percent of its residents live below the poverty line, closely followed by the southern French department and home to the famous medieval town of Carcassonne – Aude – with 21.7 percent.

Pyrénées-Orientales, Vaucluse, and Gard in the south, as well as Pas-de-Calais in the north are also among France's poorest departments.

And what about the poorest towns?

Grigny, a southern suburb of Paris (pictured below), is reportedly the poorest commune in France, with a poverty rate of 44.8 percent, three times higher than the national average. Other peripheral towns and communes on the outskirts of the French capital are at the top of the list as well: Clichy-sous-Bois comes second with a poverty rate of 44.5 percent, followed by Aubervilliers and La Courneuve in Seine-Saint-Denis and Garges-lès-Gonesse in Val-d’Oise.

Even though most of the above aren’t necessarily referred to as towns, they do all have more than 20,000 inhabitants, the line drawn by INSEE to make the distinction with smaller places.

What are France’s wealthiest regions?

Unsurprisingly, the greater Paris region of Ile-de-France is the richest in the country, even though the gap between richest and poorest is more striking than elsewhere.

In terms of the regions where fewest people are struggling Pays de la Loire and Brittany have the lowest rate of people living under the poverty line.

The following heat map of France with INSEE data illustrates wealth distribution across L'Héxagone, the darker reds showing where people have a higher quality of life due to more disposable annual income.

Paris tops the list, with the average amount of income per household reported to tax authorities in 2015 being on average €41,011 a year, approximately €3,400 a month.

How about the richest towns?

The richest town happens to be the Paris suburb of Saint-Nom-La-Bretèche, where more than one in four households has an annual revenue over €100,000.

Neuilly-sur-Seine (Hauts-de-Seine), comes just behind in second, where 23.5 percent of taxpayers reportedly earn more than six digits a year.

In terms of average disposable income after tax, Neuilly-sur-Seine is France’s most financially comfortable town, with each household having an average €43,350 at their disposal annually.

Other wealthy Ile-de-France communes where residents live the good life are Saint-Cloud, Maisons-Lafitte, Gif-sur-Yvette and Saint-Mandé, with average disposable incomes between €31,000 and €36,000.

And the richest villages?

Archamps, on the Swiss border in France's Haute-Savoie department, is the wealthiest village in France.

Its 2,500 residents have more more than €46,000 available to them every year, higher still than Neuilly-sur-Seine.

For further context, couples with two children living in Archamps earn an average €7,000 a month.

It's this proximity to Switzerland that's reportedly pushed prices and living standards up in the area as people work in Geneva and then buy or rent for cheaper prices in France. Nine of the 20 wealthiest villages in France are in Haute-Savoie.