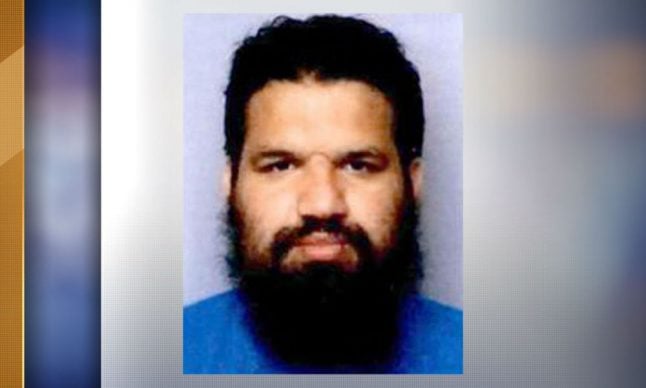 A top French Islamic State jihadist who became notorious after voicing an audio recording claiming responsibility for the November 2015 attacks in Paris has been killed in an overnight airstrike, security sources told AFP.

Fabien Clain, who is believed to have gone to Syria in March 2015, was killed in the terror group's last Syrian redoubt of Baghouz, the sources said on condition of anonymity.

Clain is a seasoned jihadist, who was found guilty of helping send extremists to fight US forces in Iraq in 2009 before leaving himself to live in Islamic State's self-proclaimed caliphate six years later.

In his video after the Paris attacks, Clain can be heard announcing that “eight brothers wearing explosive belts and carrying assault rifles” had conducted a “blessed attack on… Crusader France.”

The chilling propaganda recording warned that the Paris 2015 jihadist rampage was just “the beginning of the storm”.

The IS gunmen slaughtered 129 people in coordinated attacks at restaurants and bars around Paris, the Bataclan concert hall and the national stadium in an atrocity that stunned the world.

His brother Jean-Michel, also a jihadist, was wounded in the same raid that killed Fabien in Baghouz, where the last IS fighters are holding out against US-backed Syrian forces, the sources said.

There was no immediate confirmation of the report from the French defence or foreign ministries.

Fabien, also known as Brother Omar, or Abu Adam Al-Faransi, converted to Islam in the 1990s and is thought to be in his early 40s.

He was originally from the French Indian Ocean island of La Reunion, but later moved to mainland France.

He was sentenced to five years in prison in 2009 for organising a network responsible for sending recruits to fight US soldiers in Iraq.

At the time, he and brother Jean-Michel were active in a radical Islamist network, known as the Artigat cell, in the Toulouse area of southwest France.

They are believed to have been radicalised by a Frenchman of Syrian origin, Olivier Corel, dubbed the “white imam”.