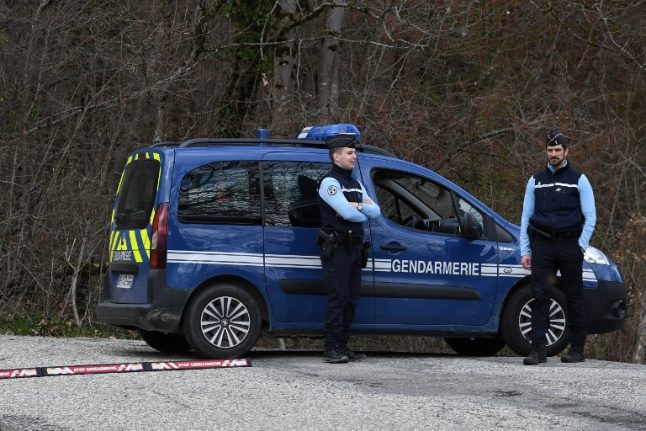 Photo: Jean-Pierre Clatot, AFP
Nordahl Lelandais has already confessed to the killing of a hitchhiking soldier in April 2017, and the abduction and murder of an eight-year-old schoolgirl in August 2017.
He has also been charged with the sexual assault of two second cousins, both minors.
After just over a year of reviewing Lelandais's background and movements, police say he could be connected with around 40 unsolved cases, mainly in the Rhone-Alpes region.
“At this point, Nordahl Lelandais hasn't been formally and legally implicated in any of these cases,” Jean-Philippe Lecouffe of the national gendarmerie military police force told journalists at its headquarters outside Paris on Monday.
Most of the cases are unsolved disappearances, while fewer than a dozen involve minors, said Lecouffe, who didn't rule out the possibility that more cases might come under review.
He did not disclose the specific cases under review, but they may include the 2011 disappearance of a man at the Elements electronic music festival near the Albertville ski resort, French media reported.
A second partygoer went missing at the same event the year after, reports said.
At the same time Lecouffe said the review had determined Lelandais probably was not involved in the 2003 disappearance of 24-year-old Belgian chef Adrien Mourialme, who was working in a restaurant on the banks of the picturesque Lake Annecy before he went missing in July 2017.
A source close to the inquiry later told AFP the review had also ruled out Lelandais's involvement in a famously unsolved murder case near the Alpine village of Chevaline in 2012, when a British-Iraqi family and a cyclist were gunned down in broad daylight.
No motive has been found by police in that case despite exhaustive investigations in Britain, France and Iraq.