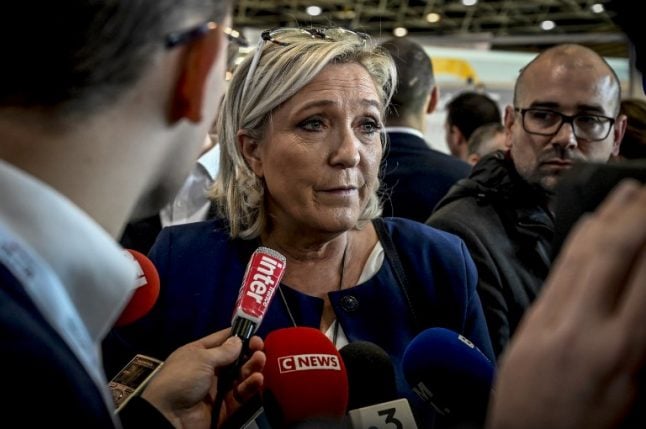 Photo: AFP
Le Pen, who is head of the former National Front party – now National Rally (Rassemblement National), echoed the anger of many Brexiteers in the UK by suggesting the EU was to blame for the fact the negotiations have so far failed to produce a deal that will allow the UK to leave on March 29th.
“The European Union is determined to make the Brexit negotiations as painful as possible for Britain to stop other countries following suit,” she said.
“I find this anti-democratic and questionable as a strategy,” she said.
“The vote has been seen as a catastrophe by the EU but I am for democracy and the vote must be respected,” she told the Anglo American Press Association in Paris on Friday.
Le Pen, who previously supported France leaving the EU (Frexit) before seeming to ditch the idea back in May 2017, also took the opportunity to mention that the British economy is healthier than the French despite what some see as the economic chaos around Brexit.
READ ALSO: “The European Union is determined to make the Brexit negotiations as painful as possible for Britain to stop other countries following suit.”https://t.co/RUDIQX2aqQ pic.twitter.com/P6fSpaArhw

However she did have some things to say about the anti-government movement which has rocked France since November last year, describing the recently introduced “loi anti-casseurs” (anti-rioting bill), which gives security forces the power to ban suspected hooligans from demonstrating, as an anti-Gilets Jaunes law.
“There has been a big step back in terms of personal freedoms under Emmanuel Macron,” she said.
Opponents have said the bill, approved by the lower house of parliament by 387 votes to 87, contravenes the constitutional right to demonstrate.
When asked what she thought of the violence against journalists on the part of the “yellow vests”, Le Pen said she “condemned all violence” including that against the Gilets Jaunes themselves.
She went on to describe the press as a power that, like all powers, needs an “opposing power”, blaming the media for the break in trust between the people and journalists due to the recent “over policization seen in the press”.