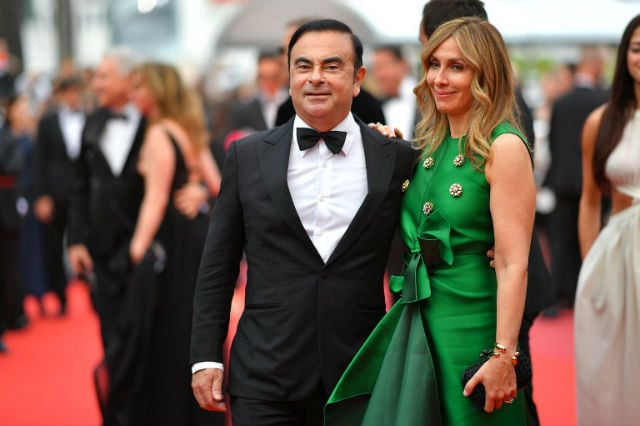 ex-Renault CEO Carlos Ghosn with his wife Carole at the Cannes Film Festival in 2017. Photo: Loic Venance/AFP
Renault disclosed this week that the French chateau had waived the usual rental fee for Ghosn as part of a sponsorship deal between Versailles and Renault, signed a few months before the lavish October 2016 wedding.
Ghosn's lawyer in France, Jean-Yves Le Borgne, told AFP that the ousted CEO was willing to pay the fee, saying he “was not aware he owed it because he had not been billed”.
“He thought it was free,” Le Borgne said. The waived bill could amount to the misuse of company resources, as well as tax evasion, if the benefit-in-kind was not declared to French authorities.
Ghosn's tenure as CEO has come under the microscope since his arrest last November in Japan on charges he under-reported millions of dollars in pay as head of Nissan, Renault's alliance partner.
His subsequent indictment on three charges of financial misconduct has led to renewed scrutiny of his management and lifestyle at both companies while he sits in a Tokyo jail awaiting trial.
Ghosn and his second wife Carole threw a Marie Antoinette-themed dinner and party at the former royal residence at Versailles, complete with entertainers in period costumes, on October 8, 2016.
In a statement, the Chateau de Versailles said Renault had signed a 2.3-million-euro sponsorship deal with the palace in June 2016.
Under the terms of the deal, Renault could benefit in return from Versailles access and other services worth a maximum 25 percent of the deal, in this case around 575,000 euros, it said.
Another Versailles party
The prosecutor's office in Nanterre outside Paris said that they met with Renault's lawyers to discuss the matter Friday.
“No decision has yet been taken regarding an eventual inquiry,” a spokesperson told AFP.
Also on Friday, French financial daily Les Echos and newsmagazine L'Express said Ghosn could be facing new scrutiny over another party at Versailles, a 600,000-euro gala dinner paid for by Renault in 2014.
Officially the event was to celebrate the 15th anniversary of Renault's alliance with Nissan, the ambitious project which Ghosn forged into the world's top-selling auto group.
But the date, March 9, actually coincided with Ghosn's 60th birthday and not the launch of the alliance, the reports said, adding that most of the guests consisted of Ghosn's friends and associates as opposed to Renault or Nissan executives.
“We need to stay calm, people's imaginations are running wild — the invitations clearly say it was to mark the alliance's 15th anniversary,” Le Borgne said.
“I was born on June 6, and I deny any role in the glorious D-Day landing on the beaches of Normandy” in 1944, he added. “There are some coincidences that have nothing to do with cause-and-effect relationships.”
Ghosn was dismissed as chairman of Nissan and the other alliance partner Mitsubishi shortly after his arrest in November, but he relinquished his grip as CEO of Nissan only last month.
Also last month Ghosn resigned as chief executive and chairman of Renault. He has staunchly denied the financial misconduct charges against him. 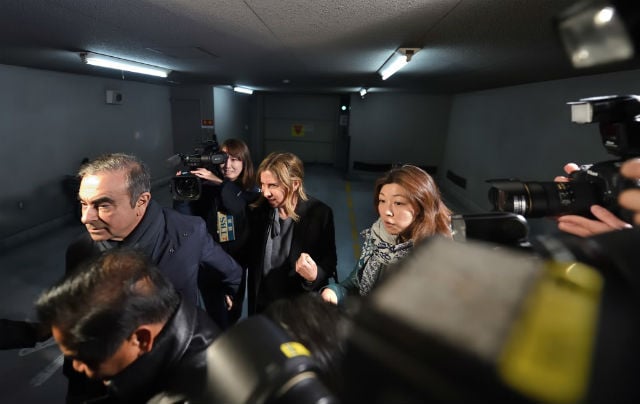