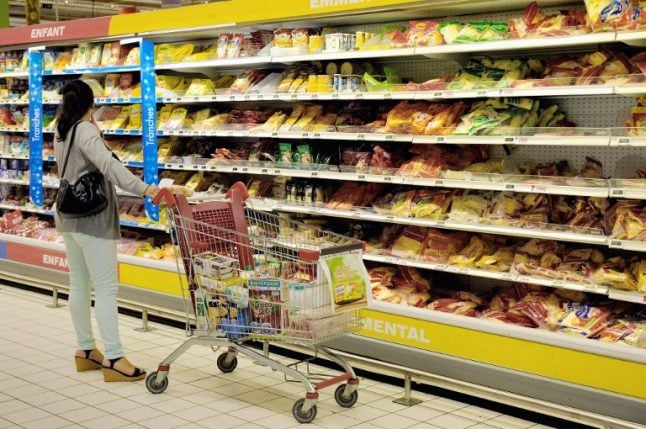 The popular food products have already gone up by four percent in a matter of a few days and prices could continue to rise.

On top of that, hundreds more food products have gone up by smaller amounts in the country’s hypermarkets – the huge out-of-town superstores – and high-street supermarkets, according to a study carried out by research firm Nielsen.

The firm collated data from 15,000 products between late January and February 3 and concluded that food prices had, as expected, risen as a result of the new law.

Hard liquor was the biggest riser, with the top ten best-selling products in this category rocketing by as much as nine percent. The price rises were greater in hypermarkets, with an average of a four percent hike, while in supermarkets the increase was an average of 2.6 percent.

The Loi Alimentation (food law), which came into force on February 1, is an attempt by the government to ensure better pay for French farmers and for small-scale food producers, many of whom are struggling to stay in business.

A flagship measure aims to curtail price wars among competing supermarket chains by ensuring no food can be sold with less than a 10% profit margin.

This means that prices have gone up on a whopping 800 food products, including President Camembert cheese, everyone's favourite chocolate spread Nutella, and the hugely popular drink pastis.