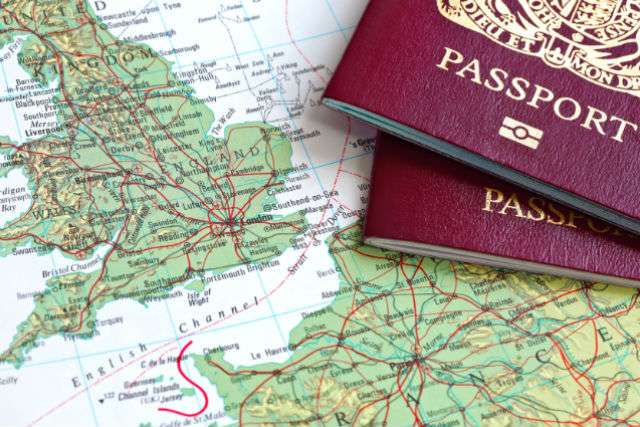 In the case of a no-deal Brexit, Britons in France will become third country nationals (in other words non-EU member states) and will be expected to pay the same price for a residence card as people from other non-EU nations that fall into this category, according to a new law (ordonnance) published this week.

“There will be a fee for the issue of ALL cards under the new system, and for each future renewal. This is likely to be the same fee as that currently paid by TCNs, but it will definitely be between €200 and €340 ,” said Kalba Meadows, citizens' rights coordinator of the group Remain in France Together.

“All of us will, as you know, become third country nationals (TCNs). This ordonnance makes it clear that our future status will be based on the current status/cards for TCNs but with more favourable conditions. You might call us ‘TCNs with benefits’,” she added.

“In other words, there will not be a special status for us Brits if there is no deal – the cards that we have to apply for will be the same card as, for instance, your Thai or your Syrian friends have to have.”

The normal price for a carte de séjour for a non-EU resident is €269, however students and interns usually pay a discounted price of €79.

However a statement from France's Ministry of Interior to The Local on Friday said the figure of €269 was “false”.

After asking the ministry to confirm the price of €269 a spokesperson said: “The cost for residence cards for the British in the case of a no deal has not yet been the subject of an official announcement.

“This information is false.”
The spokesperson added: “I cannot confirm anything right now. We have to wait for the official government announcement. It should not take long.”
Fees for Cartes des Séjours should only occur in the case of a no-deal scenario. If a deal is agreed between the UK and EU, Britons should be able to obtain a residence permit for free. Nevertheless there will be consternation about the steep fees among British community groups in France and those who have been lobbying the French government about citizens rights.

The head of the British Community Committee in France Christopher Chantrey said: “It's not what we were expecting at all. That's a lot of money to many people, who will have to pay this every few years when they renew.”

But given EU citizens in the UK will be able to obtain a post-Brexit residence permit for free after the British government decided to wave the proposed £65 cost even if it leaves the EU without a deal, many in France expected Paris would ensure there would be no fee for Britons.

Imposing a fee will come as a surprise given France has repeatedly insisted on the importance of reciprocity between London and Paris when it comes to securing the rights of each others citizens.

It is believed the fee will apply to Britons living in France who already have a carte de séjour who will need to swap it for an alternative one after no-deal Brexit as well as to those who have not yet applied.

Many Britons living in France will no doubt be wondering why they have been urged to apply for a carte de séjour in recent months if they are still going to face such a high charge for a residence permit.

However if you do have already have a carte de séjour when you apply for your new permit, you will have the benefit of already being in the system and won't have to face applying amid the expected post-Brexit rush.

'It's not just the fee that is worrying about this ordonnance'

On Thursday France brought in a new law to confirm rights for British citizens in the case of a no-deal Brexit, but the likely fee of a residency permit was not the only point that worried Britons in France.

There is also concern around the amount of resources Britons will need to show to be able to qualify for a permit. This amount will be decided in a later decree, but the British Community Committee's Christopher Chantrey told The Local many people will be left nervous about having to prove they have sufficient income or resources.

“It's not just the money that is worrying about this ordonnance,” he said.

“For example it's bad news for auto-entrepreneurs who are struggling unless they set the amount at something quite low. But if there's a strict revenue limit it's very worrying.”

“It represents a significant reduction to our rights and it's very unfavourable to people who have been here less than five years.”

Those same concerns were held by the British Embassy in Paris.

In a statement to The Local an embassy spokeswoman said: “We are studying the detail of the ordonnances, but have already raised areas of concern with the French authorities and will continue to do so. Given our shared commitment to reciprocity, we expect the same rights for British nationals here as we have promised French nationals in the UK.”

Many Britons in France are already avoiding applying for a carte de sejour for fear they will be rejected if they can't prove they are self-sustainable.

The French MP Alexandre Holroyd, who helped draw up France's no-deal law told The Local previously that he believes some of the rules around the criteria to qualify for a CdS should be wavered, particularly around levels of income, to avoid Britons being forced to leave the country if they do not qualify for permits.

“But that's my view, not necessarily the view of the government,” he said.

In the meantime campaigners for Britons in France stress that there are many unanswered questions, because some decrees haven't been published. In other words people will have to wait until they know more about how the law will impact their own situation.

Britons in France will have a few anxious weeks ahead of them with more decrees set to be published. Many of those who were against Brexit might understandably now hope Theresa May's deal gets through parliament given the complications a no-deal will cause.