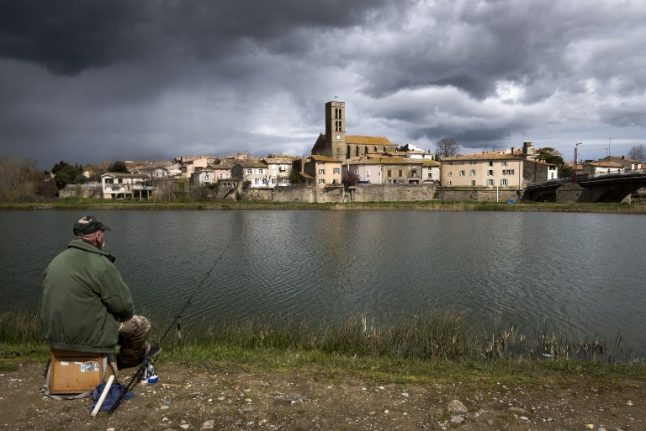 The small town of Montargis is only 100 kilometres south of Paris, but for many of its inhabitants it might as well be on the dark side of the moon when it comes to seeing a doctor or a dentist.

“Having to wait two years to see a heart specialist isn't acceptable. We'll be dead before then,” Catherine Adrien-Camus said to wide applause as she and other residents took part in a debate on what ails France, and more specifically their community.

The evening event last week was part of the two months of debates President Emmanuel Macron has called as part of his response to the “yellow vest” protests, sparked by anger over high costs of living.

Local communities have been encouraged to hold town-hall meetings to discuss how things could be improved, and in this 15,000-strong town and many others, one of the hot topics is the lack of doctors.

Despite France's much vaunted national health service, which has ensured nearly free medical services since the end of the Second World War, not all patients get equal treatment.

France counts some 220,000 doctors, twice as many as in 1980, according to official figures. But many prefer to settle in larger cities rather than rural or smaller urban areas.

In Paris, for example, there are about 798 doctors for every 100,000 inhabitants, but in the Montargis area the number drops to 76 general practitioners for 100,000 people — the lowest ratio in the nation. Some 9,000 small towns, accounting for 8 percent of the total population, lack general practitioners in what has been termed a growing “medical desertification”.

In Montargis, where the “yellow vest” movement is well supported, none of the GPs are currently taking on new patients, locals say.

The region, which extends south to the renowned castles of the Loire Valley, also has the lowest density of medical specialists in the country, according to the national medical association.

“Big towns have sucked everything away from rural territories,” said Jean-Pierre Door, a local member of parliament and himself a heart specialist.

As doctors retire, they have trouble finding younger practitioners to replace them.

This is partly the result of a 40-year government policy which allows for nearly anyone to sign up for medical studies, but then strict grading culls 80 percent of the hopefuls by the end of the first year.

In the early 2000s, around 3,500 doctors graduated every year, but only 8 percent chose general medicine.

“No one wants to live as doctors used to live, working 20 hours a day, seven days a week,” Door added.

Macron recently announced a reform of medical studies to help lift doctor numbers, “but it takes 12 years to train a doctor,” Door noted.

In Montargis, there is only one hospital for 150,000 people living in the area that it is supposed to serve, and while 130 doctors work there, emergency services are still overwhelmed.

Because of the lack of GPs, more than 60 percent of those attending emergency services are there on routine matters such as an ear infection or even to get a prescription renewed, he said.

Francois Camus, a young cancer specialist who set up shop a few months ago, confided his surprise at the lack of medical follow-up.

“I have seen advanced cancers… Because of the lack of GPs, the diagnosis has been too late,” he said.

“Some women haven't been followed up for over 20 years and arrive with enormous tumours” Camus said.

“If you're looking for a dentist, good luck! I've been looking for one for the past five years,” wrote a Montargis woman giving her name as Nelly.

“Doctors should be required to spend four to five years where they are needed after they have finished their studies,” said Adrien-Camus, the woman speaking in last week's debate.

But for Door, coercion isn't the answer. He thinks instead local authorities should be encouraged to offer rent-free offices to doctors who can form a practice, something that has been tested for the past two years.

And now, following examples from remote Quebec or northern Sweden, France is testing video consultations via the internet, something Montargis is pushing strongly.

“It's like being treated on board a space station, or on a boat taking part in a round-the-world race,” Door said.