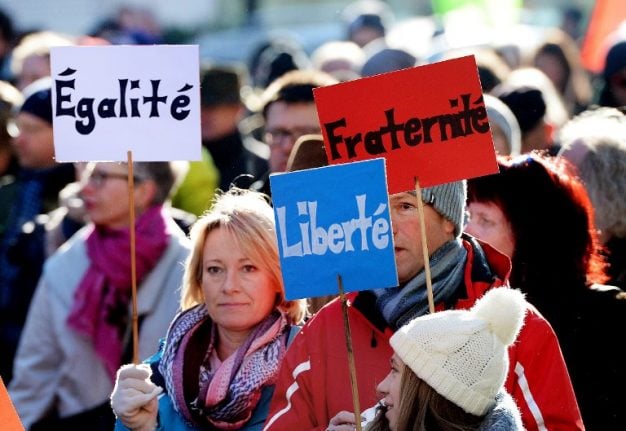 A new poll by renowned French research and consulting firm Ipsos reveals just how serious the polarisation of French society is at present, at a time when social revolt, yellow vests or otherwise, has dominated newspaper headlines and the national conversation.

“There’s a feeling of living in a fractured, fragmented country, one where the social divide is wider than that of national identity,” IPSOS director Brice Teinturier told Le Parisien.

“It’s a sentiment that seems deeply embedded in French society,” the political scientist added, in reference to the fact that 55 percent of those surveyed said they believe “what separates French people is stronger than what unites them”.

Half of all respondents viewed foreigners as a threat to French values and 46 percent saw them as a risk for the economy, with the remaining respondents for both questions stating instead that immigration brought benefits.

Furthermore, 68 percent did say they believed that “if integration sometimes works badly, it is above all because people of foreign origin aren’t provided with the means to integrate”.

Secularism is also perceived as being “in danger, abused and challenged by ethnic and religious groups,” Teinturier added.

On a more positive note, French people continue to view the values of the Republic – liberté, egalité, fraternité – as what best defines the essence of being French.

“As chaotic as the country may currently be, 63 percent of respondents still said that they always share most of these French foundations,” the Ipsos director concluded about this poll on “Republican Identity”.