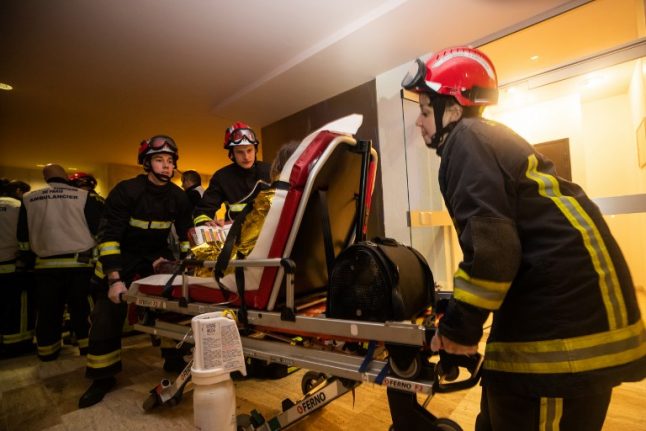 The causes of the fire that so far has claimed ten lives and left 30 injured continue to emerge, thanks largely to one of the neighbours who lived in the burned down building in Paris’s XVI arrondissement.

Referred to by Le Parisien as Quentin L, his testimony has shed light on the suspected act of arson that stemmed from a quarrel between himself and the woman thought to be behind the blaze.

“It all started with her playing very loud music,” he told the Parisian daily.

“We’ve only lived here for three months but it wasn’t the first time she had done that. “We had never seen her before, but we’d heard her screaming regularly or shouting out incoherent comments.

“I know that police came round about a fortnight ago after a complaint about her behaviour.

“And then on Monday night, my partner and I went to knock on her door and she insulted us (from behind the door).”

Quentin L., a fireman by trade, then proceeded to call police in the hope that they could do something about the all too frequent noisy disturbances.

But after waiting for forty minutes for an answer, officers got back to him arguing it wasn’t enough of an emergency for anyone to be sent over immediately, suggesting instead that he leave the building to avoid further conflict and problems.

“I went out with my partner, I wanted to spend the night elsewhere but then I assumed that the police may have dealt with her by then, so we went back home.

“The police had indeed come round but after they left, she’d tried to smash my window and my door to take revenge.

“A neighbour then told me she had put some paper and wood in front of my door and set fire to my flat. “That’s when I came face to face with her on the stairs.

“When I confronted her, she wished me good luck by reminding me that I was a firefighter, saying that I liked flames.

“Then I started to smell something burning.”

By the time Quentin L. had reached his level, the whole floor was on fire. Meanwhile the suspect had run away from the scene.

“I called the rescue service and told them I was a firefighter. Once I was outside, I saw the woman setting fire to two rubbish bins. She was waiting to see what would happen next.

“I’ve never experienced so much drama as a firefighter in my life. I didn’t realise she had psychological problems.

“I could have died, my partner too. We lost everything.

“The police came and went and now there are 10 people dead,” the 22-year-old argues, whilst questioning whether more could have been done by authorities to prevent the incident.