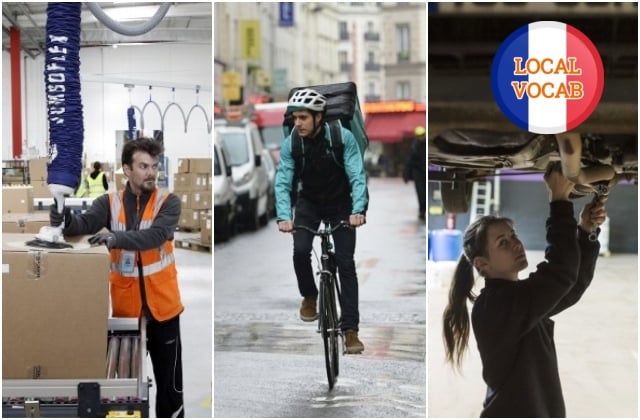 France’s economic growth under President Emmanuel Macron hasn’t been as stellar as initially predicted but even with Brexit and Trump’s trade wars with China set to dominate 2019, there's good reason to be positive about job creation this year.

According to international recruitment agency Adecco, there are job shortages in every corner of the country, and not just in technical or specialised fields.

From October to December of 2018, there were more than 455,000 jobs available in retail, the most undersupplied job sector in France, followed by IT in second place with 279,000 available positions and in third the wholesale trade sector numbering 260,000 vacancies.

In terms of what specific job candidates are most in demand, storekeepers and warehouse clerks top the list with more than 44,000 unfilled positions, followed by mechanics with 35,000 and deliverymen/women and drivers in third with 32,000.

There are also more than 20,000 jobs available in France for sales assistants, software developers, logistics technicians and cleaners and between 15,000 and 20,000 for waiters, public works builders and technical sales representatives.

All in all there were 1.4 million jobs available in France during the three-month period at the end of 2018.

Understandably Ile-de-France where the French capital lies had the biggest job offering with almost 290,000 vacancies but the job market was also vastly undersupplied in Auvergne-Rhône-Alpes – where you'll find cities such as Lyon, Grenoble and Saint-Etienne – with a huge shortage of 219,000 unfilled positions.

Another positive point worth noting is that full-time jobs increased by 10 percent by the last quarter of 2018.