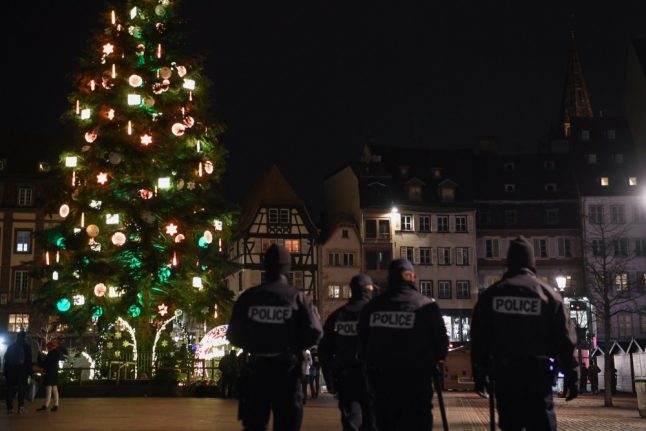 The three suspects, from the same family and aged 32, 34 and 78, were indicted by an examining magistrate in Paris for “possession and transfer of a category B weapon in relation to a criminal terrorist enterprise” and for “conspiracy with terrorist criminals”, according to the source.

They are alleged to have supplied an 8mm pistol used by Cherif Chekatt, a small-time criminal who shot dead five people and wounded 11 during the December 11th attack on the open-air Christmas market.

The three men were arrested Tuesday in eastern France along with two other members of the family, who were released from custody Wednesday evening without being charged.

The three suspects were transferred Thursday from Strasbourg to the counter-terrorism bureau in Levallois-Perret, near Paris.

On December 17th, another man, a relative of the killer, was also arrested and charged on the same counts.

Anti-terrorist police believe Chekatt had obtained the firearm — an 8mm pistol — a few days before the attack.

Chekatt, 29, who was on a special watchlist as a suspected radical Islamist, was shot dead by police after a two-day manhunt in the city on the German border.

France has been on high alert since the start of a wave of jihadist attacks in 2015 which have killed 251 people.