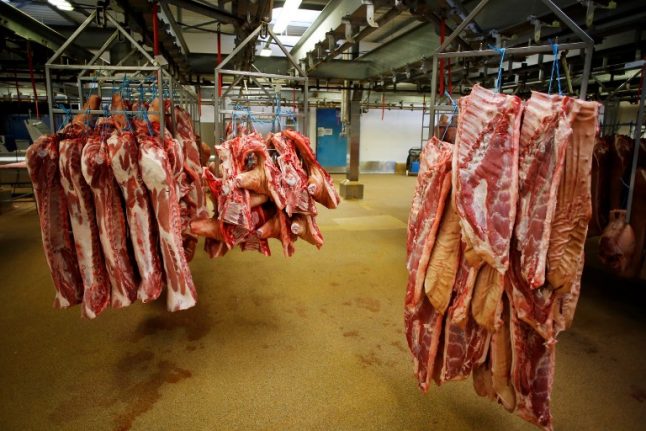 Agriculture Minister Didier Guillaume said “150 kilograms have already been recovered”, adding that authorities were working to seize the rest.

“We'll know where we are on that sometime today,” he told CNews television. “The traceability of products, once they arrive in France, works quite well.”

Guillaume said nine French companies had been “duped” into importing beef from the slaughterhouse in Kalinowo, a village some 100 kilometres (60 miles) northeast of Warsaw.

Authorities have traced it to buyers in Estonia, Finland, Hungary, Lithuania, Portugal, Romania, Slovakia, Spain and Sweden as well as France.

Polish prosecutors have launched a criminal probe after news channel TVN24 aired footage of the sick cows being abused and then butchered at the slaughterhouse.

The facility has been closed and the Polish government has ordered inspections across the country.

While Poland is a leading pork supplier in Europe, it produces only around 560,000 tonnes of beef a year – nearly 90 percent of it exported.