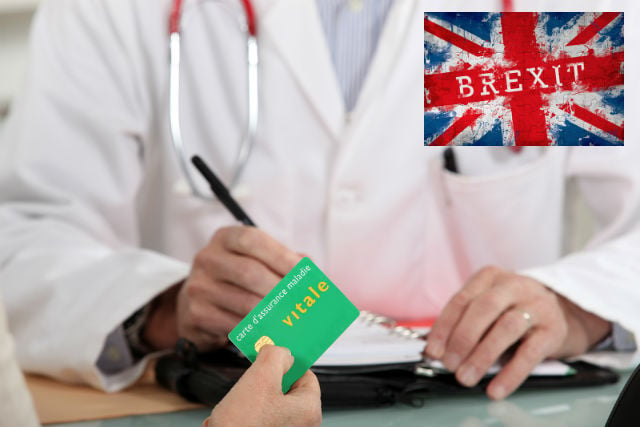 Photos: Depositphotos
Yesterday evening, many people found an unwelcome update from the UK government in their inbox, about healthcare for British citizens living in the EU if there is no deal.
It stated – rather blandly and as though it was of no great import – this: “If you have an S1 certificate, it will be valid until 29 March 2019. After this date, the certificate may not be valid, depending on decisions by member states.”
If you haven’t read it, you’ll find it here.
Unsurprisingly this has provoked something of a reaction today and has been picked up by many newspapers. And confusion reigns about post-Brexit healthcare in France for British residents, especially for those who are covered by the current reciprocal health care arrangement between the EU and the UK.
READ ALSO: In this article we take a look at what would happen to our healthcare after Brexit, in both deal and no deal scenarios.
First, though, a word about reciprocal healthcare. This is based on an agreement between the EU and the UK, and is covered by the EU regulation on the coordination of social security systems (Regulation EC N° 883/2004).
Contrary to popular belief, it isn’t based on bilateral agreements between the UK and other EU countries so when the UK leaves the EU it would no longer be a party to this regulation, which means that we – and EU citizens living in the UK – would no longer be covered by it.
IF THERE IS A RATIFIED WITHDRAWAL AGREEMENT
If the UK leaves the EU under a ratified Withdrawal Agreement (a ‘deal’), those of us already resident in France can breathe something of a sigh of relief. This is what will happen.
Workers, self-employed and those who’ve retired after working in France
You’re already in the French health system, and France is your ‘competent state’, which means that it is responsible for funding your healthcare. You have, or can apply for, a CEAM – the European health card that covers emergency treatment in other EU countries.
Nothing will change for you if the UK leaves the EU under a Withdrawal Agreement. Your healthcare is unconnected with Brexit and is not affected by it. UK state pensioners and cross border workers who hold an S1 form
As the UK guidance makes clear, the S1 scheme will fall away by default on 30 March 2019, or on Brexit day if this is later. This means that the UK will no longer be your competent state and will not, unless it has entered into a bilateral agreement with France by that point, continue to fund your health care. We currently have no certainty about exactly how this situation would be handled, but this is what we do know:
In the preamble to France’s enabling legislation, it was stated that the forthcoming ordonnances could provide for the ‘mode and terms of contributions to be made by British citizens and their dependents towards certain benefits which would no longer be reimbursed by the UK social security scheme’.
This is a clear reference to the reciprocal health scheme, and we can expect the future access to the French health system for current S1 holders to be included in the ordonnance that is coming out soon and will cover our rights.
Everyone who has lived in France legally for at least 3 months has a right to join PUMa. The health administration for S1 holders is, like PUMa, administered by CPAM. It would be a simple administrative job to transfer current S1 holders into PUMa and it must be very likely that this is what would happen.
PUMa is, in theory, contributory. But contributions – 6.5% in 2019 – are ONLY due on capital income (rental income, income from investments etc) over €20,262 per person per year. Pension income is excluded. Few people therefore would pay to join PUMa. If your healthcare was no longer funded by the UK, you could become liable to pay social charges on your pension(s), just as French people are, bit from which S1 holders are currently exempt. The base rate for this is 8.4%, with some reductions for those on lower incomes.
It’s important to reiterate that nobody living legally in France would be left without access to healthcare, even if there is no deal and even if the S1 scheme falls away. So if you are currently receiving treatment and are concerned about what might happen, please don’t panic.
Early retirees and others who are economically inactive and are currently covered by PUMa
Nothing will change for you immediately if the UK leaves the EU under a Withdrawal Agreement. You will continue to benefit from healthcare in the way you do now. If you later receive a UK state pension, your situation then would depend on whether a new bilateral agreement had been made between the UK and France and its terms.
In the longer term, the UK government is pursuing the possibility of ongoing reciprocal health care arrangements with EU member states and is, according to a written answer to a recent Parliamentary question, ‘prioritising those that are the major pensioner, worker and tourist destinations’.
We at British in Europe are pursuing all of this and will be talking with the relevant government departments in the UK, and with politicians, as soon as we can.
We are also closely watching the situation here in France and will bring you up to date on that as soon as possible once we’ve seen the ordonnance that covers our rights.
Kalba Meadows is a member of the steering committee of British in Europe and citizens’ rights coordinator of Remain in France Together.