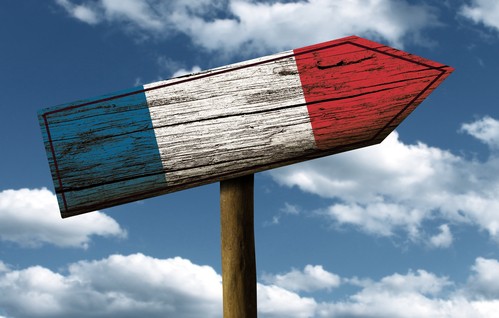 Photo: Deposit Photos
Monday, January 28th
The government announced a record low in the number of road fatalities in 2018 when it released the annual road death figures. In 2018, there were 3,259 deaths on the country's roads, down from 3,448 in 2017. This fall in road deaths comes a few months after a controversial speed limit was introduced in July on some French roads reducing speed from 90 km/h hours to 80 km/h . Tuesday, January 29th
The French book prize Les Deux Magot, named after the eponymous Parisian café on the Left Bank, will name this year's winner, in what is the first of a number of much-followed book prizes in France every year. Photo: AFP
Wednesday, January 30th
The government will release France's economic growth figures for 2018. Economist have forecast a slower growth than in 2017, attributed largely to a global slowdown but also to series of national social crises in France including a costly strike at the national French rail company the SNCF in the spring and the ongoing “Yellow Vest” protests. Thursday, January 31st
Pensioners are planning to take to the streets again across the country to protest against cuts in their pensions due to government reforms which many see as unfair and favourable to the rich.
The 'Festival Mondial du Cirque de Demain' a circus festival, kicks off in Paris for four days with a host of shows to celebrate its 40th year. Friday, February 1st
France and Wales will kick off the Six Nations Rugby Tournament at the Stade de France in Paris.
The verdict of the trial of two policemen accused of raping a Canadian tourist at the Paris police headquarters in 2014 will be announced.
One of France's largest homeless people's charity, the Fondation Abbé Pierre is set to release its annual report on the problems of inadequate housing in France. Saturday February 2nd
Will there be an Act XII? The Gilet Jaunes protests will likely continue in France next Saturday although no details have been announced yet. Check in with us later in the week to hear what the protesters will have planned for next Saturday.
Saturday it's 'Chandeleur', which will see many people in France eating pancakes. It's a religious holiday in France that nowadays sees a lot of people eating a lot of crêpes (and it's not the same as 'Shrove Tuesday which is in March this year and is called 'Mardi Gras'). Traditionally, people did this as it was a good way to use up the extra wheat ahead of the new harvest.