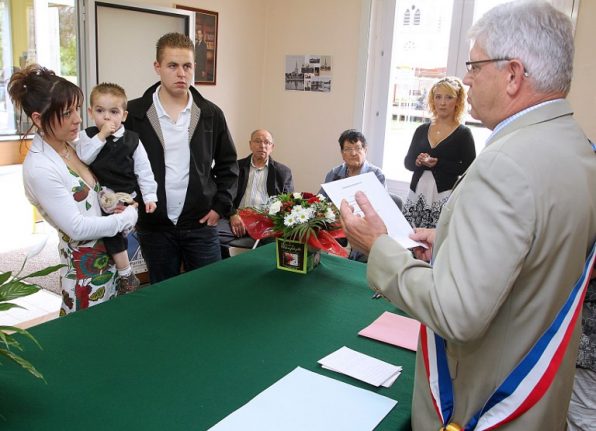 On April 20th 2017, police officer Xavier Jugelé died when a terrorist open fire with an automatic weapon on the Champs-Elysées. On May 30th of the same year, he was married to his longtime partner, Etienne Cardiles, in the presence of ex-President François Hollande and Paris Mayor Anne Hidalgo. How was this possible?

In fact, this is only one of the most recent examples of a practice going back to the early 19th century and the establishment of the Napoleonic Code.

Necrogamy, that is to say, marriage to someone who is deceased, is permitted in France, regulated by Article 171 of the Civil Code.

It was especially common during and after World War I, when a posthumous marriage was necessary for women who wanted to assure the legitimacy of children whose fathers had died on the front before being able to walk down the aisle.

The law was set down in its present form after the Malpasset Dam in Fréjus (Provence-Alpes-Côtes d’Azur) burst in 1959, killing 423 people, including one André Capra.

His pregnant fiancée, Irène Jodar, petitioned President De Gaulle to allow her to go through with their marriage, and quickly gained the support of the press.

The National Assembly quickly passed a law allowing the President of the Republic to personally authorize posthumous marriages – but only under certain conditions. 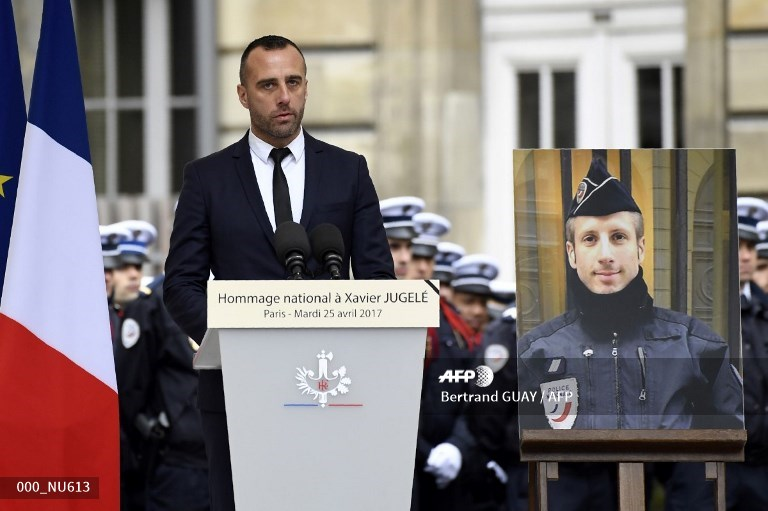 Firstly, the consent of the deceased must be established.

This can be demonstrated by the previous publishing of marriage banns – legal notices proclaiming a intention to marry, the purchase of rings or a wedding dress, the sending of wedding invitations, etc., and must be corroborated by their parents.

Magali Jaskiewicz had visited the town hall with Jonathan George to schedule their marriage two days before the latter was killed in a car accident in 2008, for example. She had also purchased a wedding dress, which she wore to their marriage ceremony a year later.

Secondly, the deceased’s betrothed must show motifs graves (‘serious reasons’) why the marriage should be allowed to go forward – obviously, this is a fairly ambiguous criterion, so it basically comes down to obtaining the sympathy of the President.

Irène Jodar emphasized her unborn child’s right to be recognized as the legitimate offspring of André Capra, as well as the catastrophic and unforeseen circumstances of his death.

Other potential motifs include a long history of cohabitation, the raising of children together, or the death of the fiancé in particularly tragic circumstances, such as a natural disaster, war or terrorist attack. Such was the case for Etienne Cardiles who married Xavier Jugelé, the policeman shot dead on the Champs Elysée by a jihadist.

Regardless of the date that the marriage is performed, it is backdated to the day before the death of the defunct partner, meaning that Xavier Jugelés’ marriage certificate actually reads, April 19th, 2017, the date before the fatal attack on the Champs Elysées.

There are also rules in place to discourage people from seeking a posthumous marriage for financial motives. The living spouse does not gain the right to inherit from the deceased, nor do they benefit from a marriage settlement, but they can benefit from a widow(er)’s pension or a spousal life insurance payout, as well as retaining the last name of the deceased if desired.

Around fifty requests for posthumous marriage are made in France every year. Now that marriage is no longer a necessary step to establishing paternity, however, it is becoming more rare that these requests be accepted.

Know an interesting fact about France or the French that you’d like to see published? Write to us as [email protected]com.