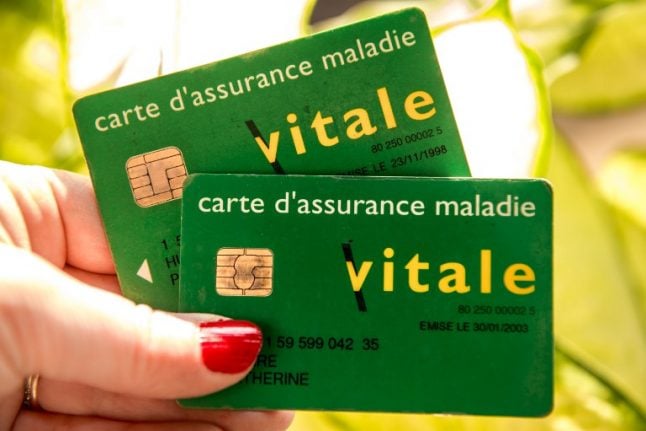 Expenditure on healthcare, pensions and other social services stood at 32 percent of GDP last year, said the Organisation for Economic Cooperation and Development, a Paris-based inter-governmental research institution.

Outlays have risen sharply since 1990, when they represented just under 25 percent of GDP, and are nearly triple the level of roughly 12 percent of GDP in 1960.

That trend is broadly in line with other developed countries, reflecting the development of more comprehensive welfare states and higher pension spending as more people live longer.

But France's outlays are well above the current average of 20.5 percent of GDP for the 36 OECD member countries, with pensions making up a large chunk of the cash benefits paid out every month.

In neighbouring Germany social spending is just 25 percent of GDP, while in the US it makes up just 19 percent.

And when taking all public spending into account, such as police and defence, France leads Europe with government outlays the equivalent of 56.5 percent of GDP in 2017, according to the most recent data available. The government is aiming to cut this by three percentage points by the end of Macron's term in 2022, which would mean finding 65-70 billion euros of savings.

France has been rocked by often violent protests over the past two months by the “yellow vest” movement of mainly low-income workers and retirees seeking improved living standards.

The protests began against tax rises announced for transport fuel, but spiralled into a larger movement that has highlighted cuts to public services in some rural areas.

The revolt led Macron to announce in December a 10-billion-euro ($11.5 billion) package of wage increases and tax relief for low earners and retirees.

Macron has since launched a “Grand National Debate”, inviting people to give their opinions on policy issues such as whether public spending or taxes should be cut further — and how.

The package of measures announced by Macron in December will push France's public deficit above the EU-mandated three-percent limit of GDP this year.

After France, Belgium and Finland were the next biggest social spenders, each at around 30 percent of GDP, the OECD said.