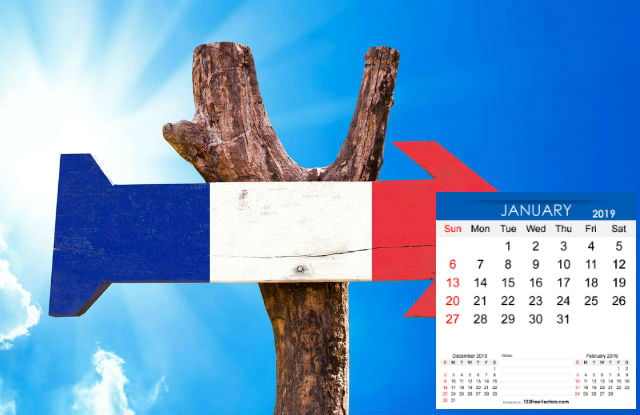 Chefs across the country will be waiting with baited breath on Monday as the Michelin Guide prepares to release its 2019 list of starred restaurants in France at 3.15 pm.

The new international director of the guide Gwendal Poullennec has revealed that 75 restaurants will be promoted in terms of the number of stars they have, with an unprecedented number of women and young talents from all over France set to be honoured. French President Emmanuel Macron will receive 150 bosses of French companies in Versailles on Monday for the “Choose France” summit.

During the event the president, who will be accompanied by almost all members of his government, will discuss why France is attractive for business.

The Spanghero trial is set to begin on Monday.

The French company was accused back in 2014 of knowingly selling horsemeat under the label of beef.

Large parts of France will be covered in up to 10 cm of snow on Tuesday and Wednesday as the heaviest snowfall of this winter so far hits the country.

France's westerly regions are forecast to receive a more modest 1 to 5 cm of snowfall but it could end up looking like a veritable winter wonderland in the east. French President Emmanuel Macron and German Chancellor Angela Merkel will sign a new treaty on Tuesday to further strengthen Franco-German cooperation in the run-up to next year's EU elections.

The two leaders, both of whom have been weakened domestically, will meet in the French border town of Aix-la-Chapelle to ink an accord “which will strengthen the already close ties between Germany and France,” the French presidency said.
Wednesday January 23rd

On Wednesday, French MPs will vote on the proposed justice reforms which are intended to allow the institution to “strengthen and adapt” but which have received criticism from judges and lawyers in France.

The world's leading comic book and graphic novel festival begins on Thursday in Angouleme, the capital of the Charente department in southwestern France. France is set to publish its unemployment figures for the last quarter of 2018 on Friday.

Saturday means another protest day for the 'yellow vests' in France. Preparations are under way for Act 11 already after Act 10 attracted another 84,000 protesters (as many as the week before). However, few details are available at the moment. Watch this space.

And on Sunday it will be the turn of the anti-yellow vest movement 'les foulards rouges' (the red scarves) who will be taking to the streets to voice their opposition to the gilets jaunes.

This will be the first protest of its kind and aims to stop the violence of the 'yellow vests'.