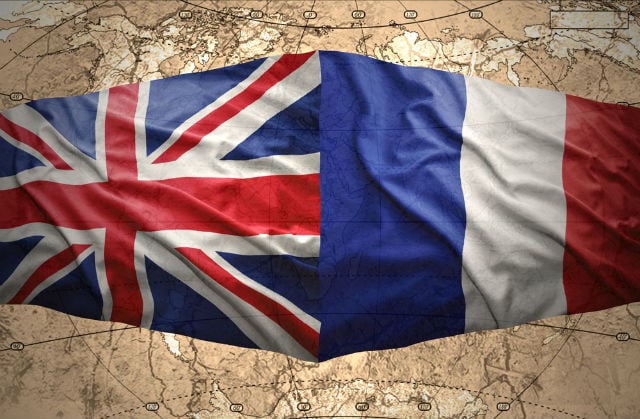 “The possibility of a no-deal Brexit is more and more likely,” Philippe said. “In these conditions the responsibility of the government is to make sure our country is ready, that the interests of our citizens are preserved.”

“I have taken the decision to activate the plan for a no-deal Brexit or hard Brexit as it is sometimes called,” he said.

The prime minister met with key ministers on Thursday to take stock of the preparations after Theresa May's Brexit deal was thrown out by British MPs on Tuesday.

“This plan includes measures that aim to ensure that there is no interruption of rights and that the rights of our fellow citizens and our businesses are effectively protected,” said Philippe.
The plan provides for 50 million euros ($56 million) of investment in French ports and airports, “which are obviously the places most affected by the changes needed” in the event of Britain crashing out of the EU without a deal.
READ ALSO: France’s Prime Minister Edouard Philippe (C) and cabinet ministers attend a meeting on the preparation of France for Brexit on Thursday. Photo: AFP
“In some ports that will mean the construction of car parks, in others it will be the establishment of infrastructure for carrying out checks,” Philippe said.
France had already planned on recruiting extra customs staff and veterinary inspectors.
The French parliament is on Thursday expected to complete the adoption of a bill allowing the government to take decisions by decree if necessary following a no-deal Brexit, which could create potentially chaotic scenes on both sides of the Channel.
“We want to be ready to protect the interests of our citizens,” Philippe said.
“Our objective is at the same time to respect our obligations, to make sure that the lives of our citizens and, in a way, British citizens living in France, are impacted as little as possible,” he added.
France has, like other European nations, been preparing for a scenario in which Britain crashes out of the EU with no divorce deal, and has already been recruiting extra customs agents to be deployed in Channel ports.
In October, the French government published a draft bill on the contingency plans for Brits living in France and chaos at the borders if Britain crashes out of the EU without a deal.
Much of the bill focuses on how British nationals living in France will be impacted by a no-deal and what the government in Paris will need to do to guarantee their status on this side of the Channel.
European Chief Negotiator Michel Barnier said on Thursday that “the risk of a no deal has never seemed so high”.
On Tuesday, British MPs overwhelmingly rejected the agreement negotiated by British PM Theresa May and the European Union. They could now request a postponement of the United Kingdom's exit date from the Union, set for 29 March 2019, which it has ruled out so far.
France's Minister for Europe said on Wednesday that the Brexit deadline could be pushed back if the UK request it, but dismissed the idea of the deal being renegotiated saying “we have other things to do in Europe than busy ourselves with this divorce.”
More to follow