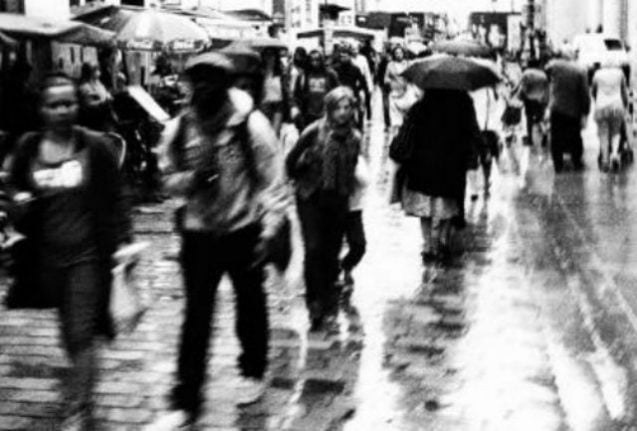 File photo: Francisco Gonzalez
It is not uncommon to see people who seem to be suffering from serious mental health issues on the streets of major cities but in Paris and other large cities in France the situation seems to be even more acute than you might expect.
A letter sent from 100 French psychiatrists to health minister Agnes Buzyn on Tuesday and revealed by Le Parisien explains why this might be the case.
According to the health professionals, patients with mental disorders, sometimes of a serious nature, are not being treated because the country's psychiatry services are overwhelmed.
They say the situation is a reflection of a lack of care for patients, resulting from a psychiatric system that is sinking, with a drop in the number of available beds meaning that patients often have to leave hospital too soon.
READ ALSO: “They leave the hospital too early and end up having to be readmitted,” Marion Leboyer from Mondor Hospital and co-author of a survey called “Psychiatry: the state of emergency” told Le Parisien.
“A huge part of the population is not treated properly,” said Leboyer. “This is especially the case with the homeless, already in a precarious situation, and prisoners, with 80 percent of the men and 70 percent of the women suffering from mental disorders.”
'Left to their own devices'
On top of that the population is rising and more people are being referred to psychiatric services due to a lack of alternatives, the doctors explained.
“It is increasingly difficult to find places. The sick are left more to their own devices,” Professor Michel Lejoyeux of Bichat Hospital in Paris told Le Parisien.
In 2018, studies showed that one in five French people suffered from mental disorders, including depression, bipolar disorder, autism and schizophrenia.
Doctors are unsure whether it is more common to see people with serious disorders on the street because there are no figures to say either way however Dr. Antoine Pelissolo, head of the psychiatric department at the hospital Henri-Mondor in Creteil, told Le Parisien that the problem is very noticeable.
“Everyone can notice it,” he said. “It's not a mystery to anyone. There are places where it's more visible, like the metro, where you meet a lot of people who seem lost without knowing exactly if it is the consequence of mental disorders, alcohol or drugs.
“Of course, there are no statistics to say if there are more than before, but it is not normal to see as much.” Photo: Zehun Jiang
Budget issues
At the end of December, the ministry of health granted a supplementary budget of 50 million euros to the mental health sector.
However some doctors, including Pelissolo, have said that this is not sufficient and that the budgets are often mishandled anyway.
“Budgets which are supposed to be reserved for psychiatry are often used for other kinds of care. We do not want this money to be used for anything else,” said Pelissolo.
“We want the regional health agencies to audit the hospital accounts and ask them how they spend this money.”
Psychiatrists say there is also the issue of late diagnosis due to the fact that patients sometimes have to wait a year to get an appointment and without the necessary support the chances of someone recovering “seem impossible”.
The knock-on effect of this is that parents feel abandoned as they face the difficulties of caring for children suffering from serious mental health issues such as schizophrenia alone.
Specialists say they are also keen to bring to light the realities of mental health problems because they say mental illness is too often associated with violence, arguing that this is a misconception and that people living with a mental illness are more likely to be victims of violence than the other way round.
They say this stigmatization of sick people is very damaging and hinders the quality of care.
France's health minister recently admitted that France has been “incredibly backward” in terms of dealing with the situation of mental healthcare and the country has notoriously lagged behind other countries in terms of diagnosing illnesses such as autism.
Autistic children have historically been diagnosed later in France than in neighbouring countries, with the child's relationship with their mother often seen as the root cause.
And France clearly has an uphill struggle if it wants to improve its mental healthcare system.