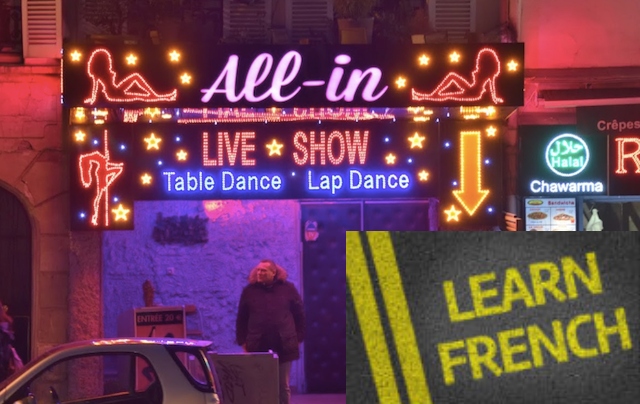 The British tourist had been attracted by the look of a strip joint called 'All In' in Pigalle — once the French capital’s official red-light district — before the evening took a turn for the worse.

The man coughed up the €50 fee for a lap dance before he’d even stepped foot inside the seedy joint and once he was inside, nothing went as promised.

No lap dance, no friendly faces and a scam with a bill that had shot up to €250.

The pleasure-seeking guest then refused to pay up any more and stepped out, only to be chased by one of the strippers, who first slapped him and then bashed him over the head with an iron bar.

As if things couldn’t get any worse for the man, the bouncer then got involved and pushed him to the ground, followed by 'All In’s' ‘madame’ boss, who pulled out a revolver and robbed him at gunpoint, fortunately without firing.

Bleeding from his head, the British man managed to make it to the closest police station to file a complaint.

According to Le Parisien, the stripper and her boss and accomplice have been remanded in custody and now face extortion charges.

braquer quelqu’un: rob someone at gunpoint