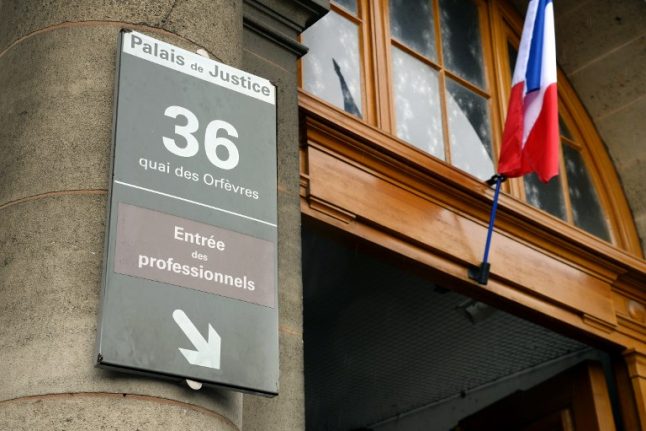 The alleged crime took place in April 2014 at the 36 Quai des Orfevres, the celebrated police headquarters that features in the novels of crime writer Georges Simenon and a popular French film of the same name.

The tourist, identified as Emily S., now aged 39, met the policemen at an Irish pub near the imposing riverside police building which sits on an island in the Seine in central Paris.

After a long drinking session, the off-duty policemen from an anti-gang brigade accompanied her to their offices.

“I had drunk a lot and couldn’t see myself getting back to my hotel in the state I was in, and I thought that by going to a police station I would feel safer there,” Emily told investigators.

Her testimony then differs as to what took place over an hour and a half inside the police headquarters, after which Emily reportedly left the building minus her tights and in a state of shock.

“Four policemen wearing condoms raped me,” she told investigators the next day when she reported the matter to police.

She was unsure however whether she was raped by three or four men.

Both admit to sexual relations, but said the woman consented.

One policeman’s DNA was found on her underwear and a medical examination found Emily had suffered a traumatic gynaecological injury.

DNA from a third man was also found on her underwear, but while more than100 policemen working in the building were tested, investigators failed to identify this suspect.

The two accused officers wiped all messages and videos from their mobile phones, but one message found on a colleague’s phone suggested they were engaging in sex.

Investigators said medical tests revealed Emily had taken a cocktail of anti-depressant medication, opiates and cannabis on the night of the alleged assault.

In 2016, investigative magistrates decided to drop the case, suggesting the young woman’s testimony was confused.

But prosecutors later demanded a trial, which is expected to last until February 1.

The accused, who have retained their jobs, could face up to 20 years’ imprisonment if found guilty.

The allegations in 2014 heaped further scandal on the Paris criminal police, known as the “police judiciaire” in France, which has since moved to a new headquarters in a modern building in northeast Paris.

In the same year, 50 kilogrammes (110 pounds) of seized cocaine, with an estimated street value of two million euros ($2.2 million) vanished from a secure room in the police headquarters.

In 2015, the head of the force, Bernard Petit, was suspended after allegedly leaking sensitive information to another senior police officer who was being investigated over fake documents.