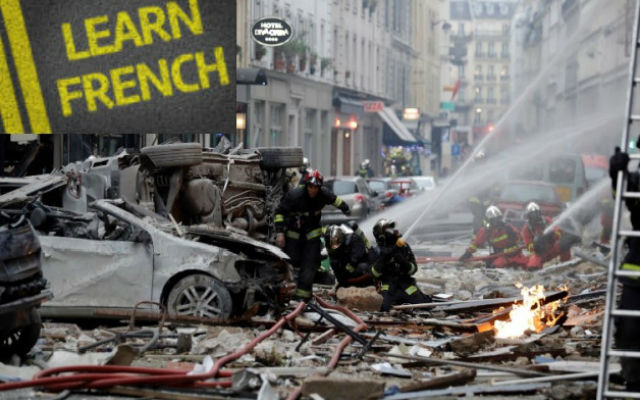 Paris city councillor Alexandre Vesperini has called into question the safety of the French capital’s gas network, describing it as “rundown” and “poorly managed” in the wake of an explosion in the city’s ninth arrondissement that killed four and injured 50.

“I don’t blame gas fitters but I have to point out that the network, set up at the start of the 20th century, is a veritable ticking time bomb,” Vesperini, a member of Paris’s gas network commission, told Le Parisien.

“Saturday’s explosion reminded me of another one that took place in the 6th arrondissement in 2016 which left several people injured (see pic below).

“Paris City Council finds itself in a very difficult situation as these types of accidents could happen in a great number of places across the capital.

In recent years The Local has reported on two dramatic gas explosions in the capital, both pictured below. In 2016 An explosion has destroyed part of an apartment building in central Paris leaving five injured (first pic below). And in 2017 a gas leak blew apart a flat in the Boulogne-Billancourt suburb to the west of the city (see below). “Paris’s gas network is in a catastrophic state. Whenever I talk to firemen they tell me that gas is their number one problem. It’s become an obsessive fear for deputies in all arrondissements.”

Although a gas leak is believed to be the reason behind Saturday’s blast at a bakery on Rue de Trévise, Paris deputy mayor Célia Blauel has talked down Vespirini’s claims, arguing that there’s little reason to question the safety of capital’s gas grid.

“The network is safe, 90 percent of our resources have been focused on this safety overhaul in the past five years.

boulet meurtrier: deadly bullet (but in this case it better translates as “ticking time bomb” which in French is bombe à retardement)