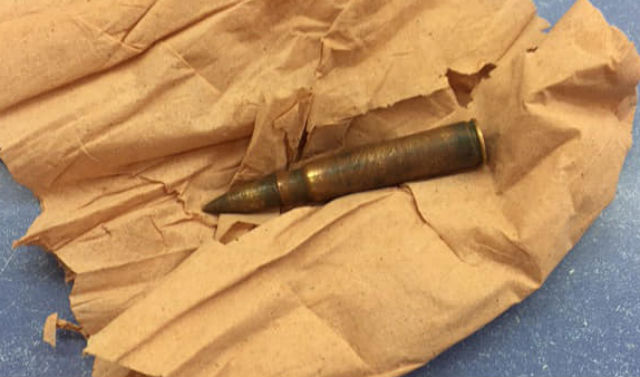 Photo: Screengrab/LREM MP Benoit Potterie, Twitter
French MPs belonging to Macron's LREM party have been hit by a wave of threats, including death threats, while others have had their cars burned and their homes broken into.
One French historian called the levels of threats and abuse towards lawmakers as “unprecedented”.
The party's president in the National Assembly Gilles Legendre calling for an end to the threats in an open letter to Le Monde published on Wednesday.
“That's enough!”, he said. “We are in France in 2019!”
“The nation's elected representatives deserve neither more nor less protection or compassion than all French men and women.”
In one of the most shocking incidents referred to in Legendre's letter, on December 20th protesters called for the use of the guillotine on LREM MP Christophe Lejeune while he was discussing their grievances with them.
A group of around 20 'yellow vests' approached the same MP's home chanting “Macron, démission!” (“Macron, resign!”), banging on his door and clamping his door shut.
Similarly on December 4th, LREM MP Elise Fajgeles announced via Twitter that she had received death threats after being unable to cite the value of the SMIC (minimum wage) on a televised debate with two “yellow vests.”
MP Benoit Potterie received a bullet in the post on December 7th accompanied by a handwritten message saying, “Next time you'll get it between the eyes”.

And on November 24th, LREM MP Mireille Robert announced on Twitter that around 40 individuals wearing helmets and face masks had entered her vineyard, threatened her and started a fire.
Meanwhile MP Jean-François Mbaye posted a tweet with a photograph of an anonymous letter he had received, characterized by racist statements and promising him a “bullet in the head” while MP Patricia Gallerneau for the MoDem party — allied with LREM — awoke on January 6th to find that a cinder block wall had been constructed during the night, blocking off the entrance to her property.
On particular minister who has been targeted by abuse and threats online is Equality Minister Marlene Schiappa.
She published a tweet showing some of the abuse she has received.
“You deserve a flash ball in head” and “we are going to hang you” were just two examples she chose.

LREM MP Bruno Studer filed an official complaint on January 10th after finding violent anti-Semitic abuse on the wall of his home near Strasbourg.
France's Interior Minister Christophe Castaner tweeted a photo of the message with the words: “A new anti-Semitic infamy perpetrated against an elected representative of the people. Solidarity with @ BrunoStuder67 and all parliamentarians targeted by these despicable attacks.
“The Republic is stronger than hatred. Those who want to dishonor her will answer to justice.”

On January 7th, LREM MPs Marie Lebec and Aurore Bergé published anonymous letters they had received containing threats of sexual violence and promising that Lebec would be hung and Bergé decapitated.
With some of the threats carried out anonymously, not all of the incidents can be definitively pinned on the gilets jaunes.
However the sharp rise in the number of threats coinciding with the anti-government 'yellow vest' wave that has been taking place over the past two months makes it highly likely that they are linked, particularly when some of the threats are being openly carried out by members of the movement.
And it seems the very public anti-Macron message voiced by many of the gilets jaunes is spilling over onto other member's of the president's party.